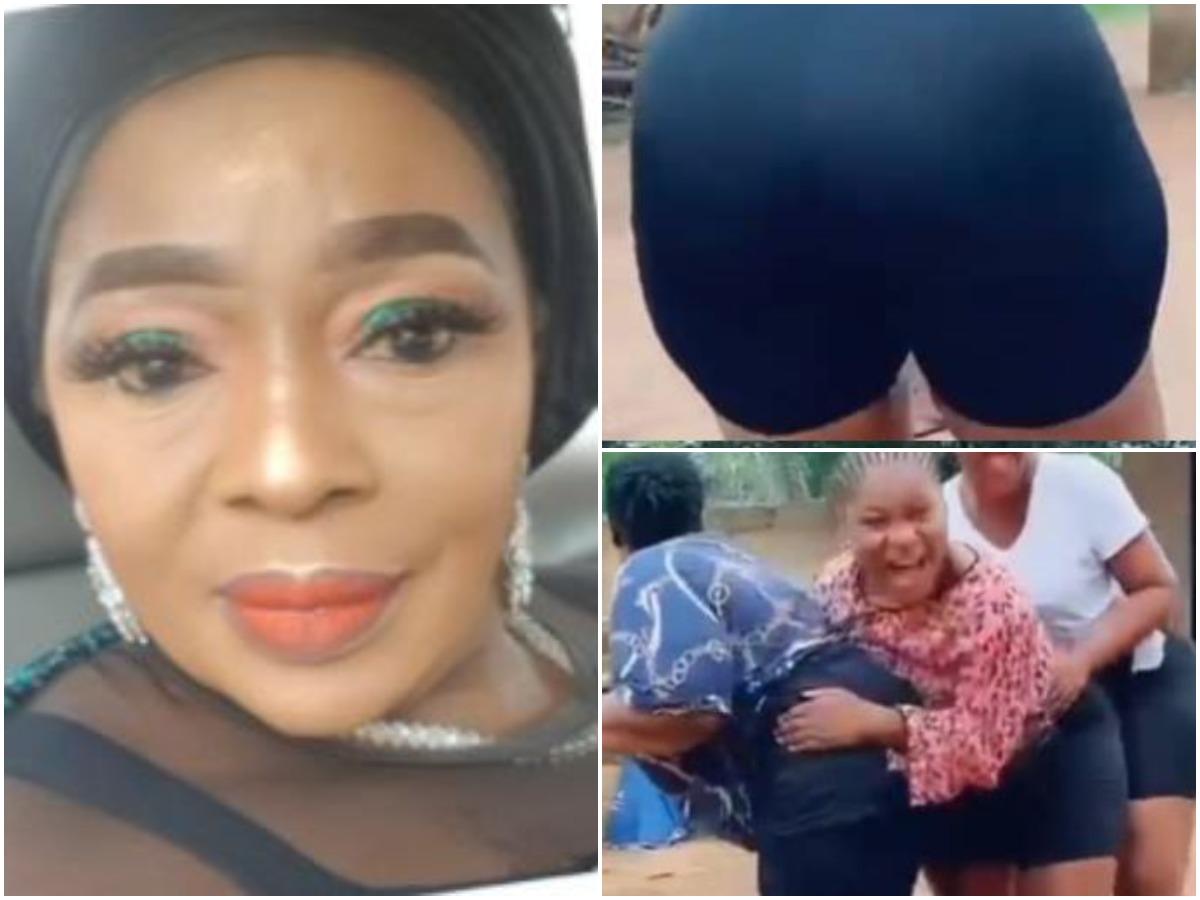 Veteran Nollywood actress, Rita Edochie has warned young women to resist the urge to go under the knife to acquire a fake butt, to avoid ‘cancer.’

This is coming after Destiny Etiko and other Nollywood actresses via Tik Tok showcased their massive butts while vibing and dancing to a traditional song on social media.

Reacting to the video, Rita reposted the video on her Instagram, revealing her own bum is ‘follow come’ while advising young women to avoid fake bum, so as not to get cancer.

”HAPPINESS IS FREE.
THIS IS G WAGON
Chaaaaaiiiii
MY OWN NA ORIGINAL FOLLOW COME.
THE REAL AFRICAN WOMAN
SAY NO TO FAKE YASH TO AVOID CANCER ‘

Meanwhile, Rita Edochie recently called for the release of the leader of the proscribed Indigenous People of Biafra, IPOB, Nnamdi Kanu.

In a post shared on her Instagram page, Rita who has never hidden her support for the secessionist group called for the release of the group’s leader.

According to her, the Igbos can not be third-class citizens in their own land, urging that the Nigerian government allow the Igbos go.

She wrote; ”FREE MAZI NNAMDI KANU NOW YO AVOID HAD I KNOW. ALLOW US TO GO. WE NEED BIAFRA. WE CAN’T KEEP BEING THIRD CLASS CITIZENS IN OUR OWN LAND”