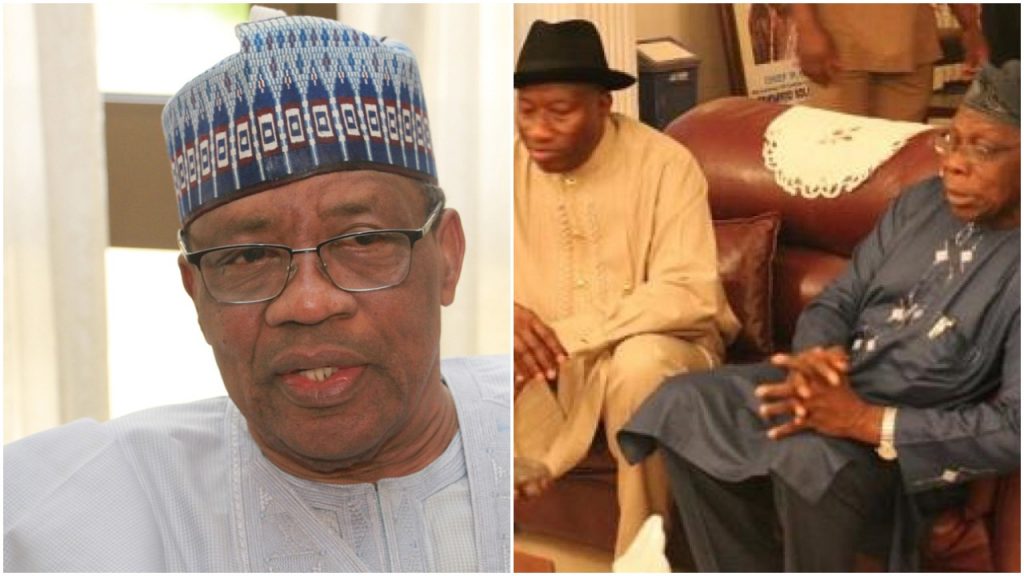 Former President Olusegun Obasanjo has warned Southwest leaders not to back the presidential campaign of Ibrahim Babangida (IBB) over Goodluck Jonathan in 2011.

Naija News reports that this was made known by a former Minister of Works and Housing, Adeseye Ogunlewe.

He recalled that some members of the PDP had started campaigning for former military president, Babangida, to become president in 2011 but Obasanjo ended such campaigns.

While describing Obasanjo as Jonathan’s backbone, he noted that the Southwest dropped support for IBB because of the Ogun born political leader.

Ogunlewe revealed all these while speaking to PUNCH on why Jonathan lost the presidential election I’m 2015 to Muhammadu Buhari.

According to him, Jonathan should have been wise enough to step down as it was the turn of the north on 2015.

He said: “Even if you pave all the roads with gold it won’t matter when it has to do with North and South or when it is Christian and Muslims. It doesn’t matter at all. At that time, they made up their minds it was the turn of the North. Honestly, immediately Obasanjo told him you’re not going again, that would have been the end, because he (Obasanjo) was his backbone.

“Let me put the record straight, 2011 was the turn of IBB (Ibrahim Badamasi Babangida). We were already campaigning for IBB to come back. He had the structure already. We started the campaign. It was former President Obasanjo who went to Ibadan and called all the South-West governors; he called all our party members that no, it is Jonathan and that anybody who dares me would be in trouble.

“We then said whatever Baba (Obasanjo) said was the final. He said it must be Jonathan and not IBB and we agreed and it was going to be four years. We agreed. At the end of the fourth year, these hangers-on started to tell the man (Jonathan) you are going to win; win what? Is it so easy to win?“