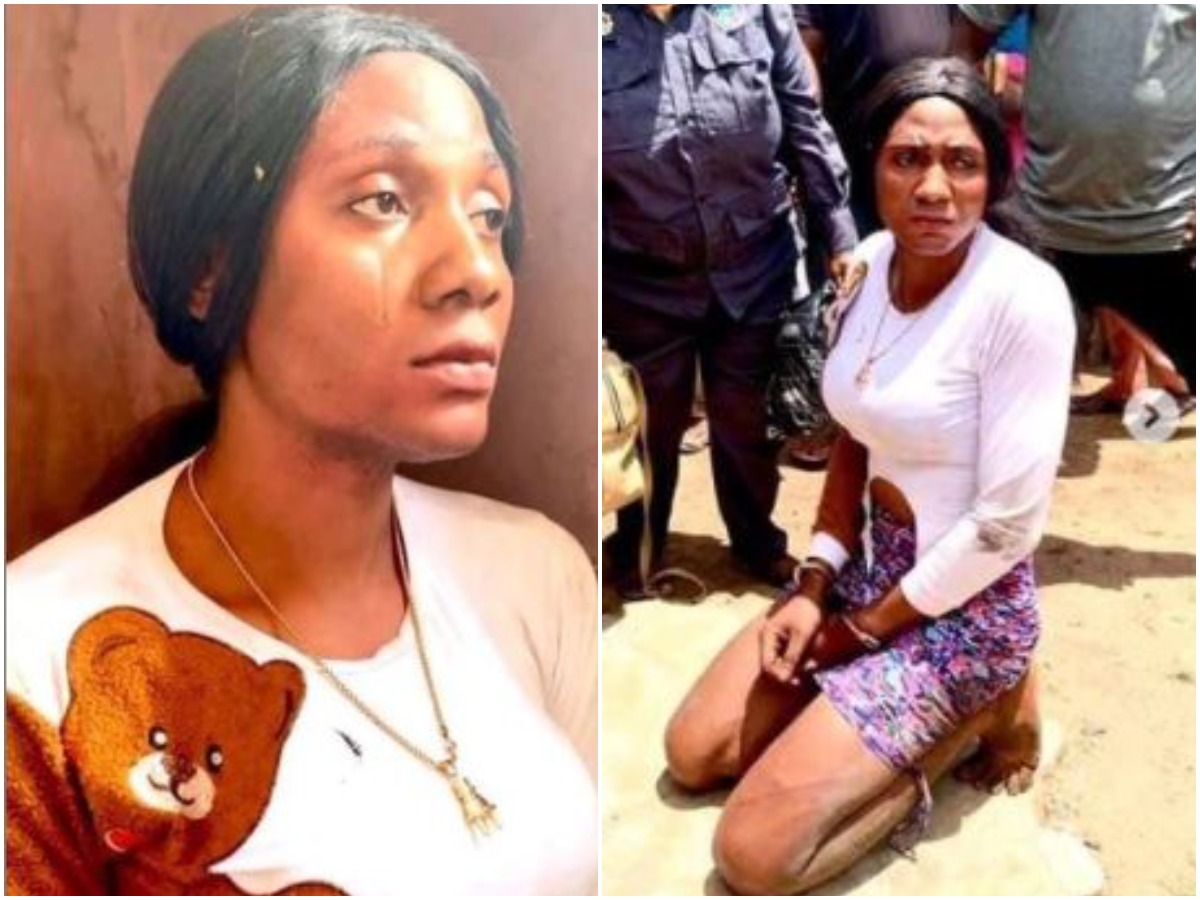 A Kogi-based crossdresser, Identified as IIyasu has been nabbed on Wednesday morning by a vigilante group in charge of Adavi Local Government.

The senior special assistant on New Media to Kogi State Governor, Yahaya Bello shared photos of the suspect via his Facebook account.

According to Habeeb, the suspect had claimed to be a dancer but he’s yet to disclose his motive in the area because nobody could identify him as part of the community or have met him before.

The Chairman of Adavi LG, Hon. Joseph Omuya Salami has instructed the Vigilante Group to hand over the man to Nigeria Army for further questioning and find the motive behind his moves.

Sharing the photos on his Facebook, SSA to the governor captioned it;”Bobrisky, you sabi he/her? I just wan know before we continue dis matter 4 Kogi.”

When a follower enquired the identity of the person, Mr Atuluku said “disguised for criminality but caught in my dear Kogi State”

The photos have been greeted with a lot of reactions from social media as users questioned his crime while others commend the Vigilante group on a job well done. 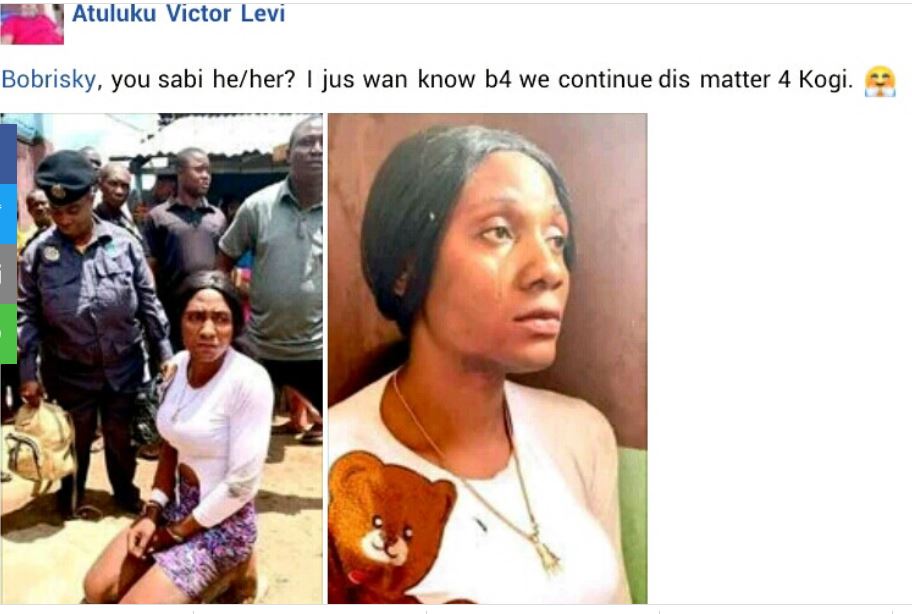