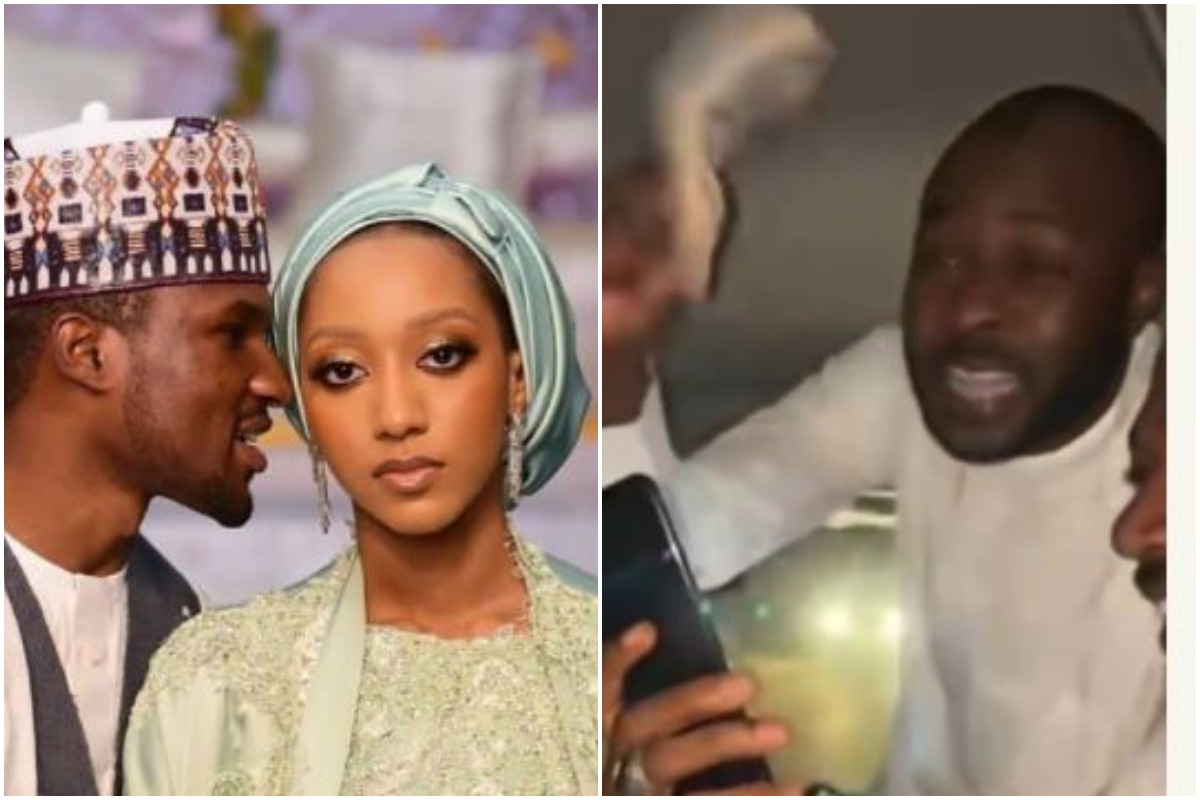 A video of the driver of the groomsmen of President Muhammadu Buhari’s son, Yusuf, been gifted a sum of 500 thousand naira on Friday has surfaced on social media.

Naija News earlier reported that Yusuf officially tied the knot with the 20-year-old daughter of the Emir of Bichi, Zarah Ado Bayero.

Their wedding Fathia was held as scheduled on Friday, August 20 at the Emir’s Palace in Bichi, Kano.

The presidential/royal wedding which took place in the ancient city of Kano between Yusuf and Zahra attracted a lot of dignitaries and personalities from within and outside Nigeria, Naija News reports.

In a video shared online, the groomsmen to Yusuf Buhari gifted the driver conveying them to the wedding reception a whooping sum of 500k.

@kemiolunloyo wrote; ‘#AbokiCubana let the driver concentrate. Hope he doesn’t get robbed in his ghetto😂

@flexyerica wrote; ‘Life is beautiful and giving should be part of it.’

@wisdomcounsellin wrote; ‘Moral Lesson: it is not the rich that gives, it is givers that gives.’