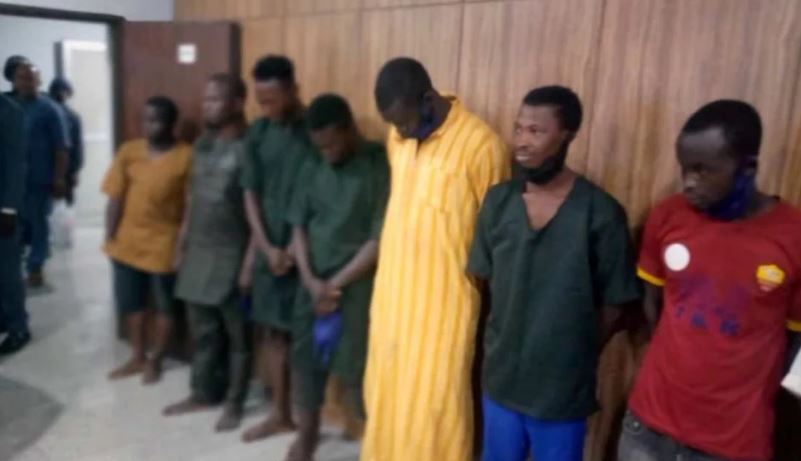 Pelumi Olajenbesi, the lawyer to the 12 detained aides of Sunday Igboho, has described moves to stop their bail by the Department of Service (DSS) as strange.

Recall that the DSS had through its counsel, Mr Idowu Awo, argued in a fresh application filed before the Federal High Court in Abuja, on Monday, that four of Igboho’s Aides have intensified plans with their associates to flee to Benin Republic once they are released from custody.

Consequently, the DSS urged the court to remand the four detained aides of Igboho pending their arraignment during court vacation.

“That I know that Respondents/Applicants have intensified plans with their associates to flee to Benin Republic once they are released from custody.”

It would be recalled that Justice Obiora Egwuatu recently admitted the 12 applicants to bail after they had spent five weeks in the DSS custody.

Speaking to Premium Times on Wednesday, Olajenbesi said the application filed by the secret police is strange and constitutes an abuse of court process.

“The application is an abuse of court process. It is strange to our law. You can only go to a court to vary the bail conditions, not to ask for the cancellation. I don’t know which law they are reading,” he said.

The lawyer added that the application “is speculative” as no charge has been filed against the detainees.

“Before they can even approach the court, there must be a charge that has been filed against them in court. But the SSS has not filed any charge but wants the court to reverse the bail of my clients based on their speculation that a charge will be filed. The court of law does not act based on speculation,” he said.

Olajengbesi disclose that he would be filing his response to the SSS’ application on points of law before the end of the week.