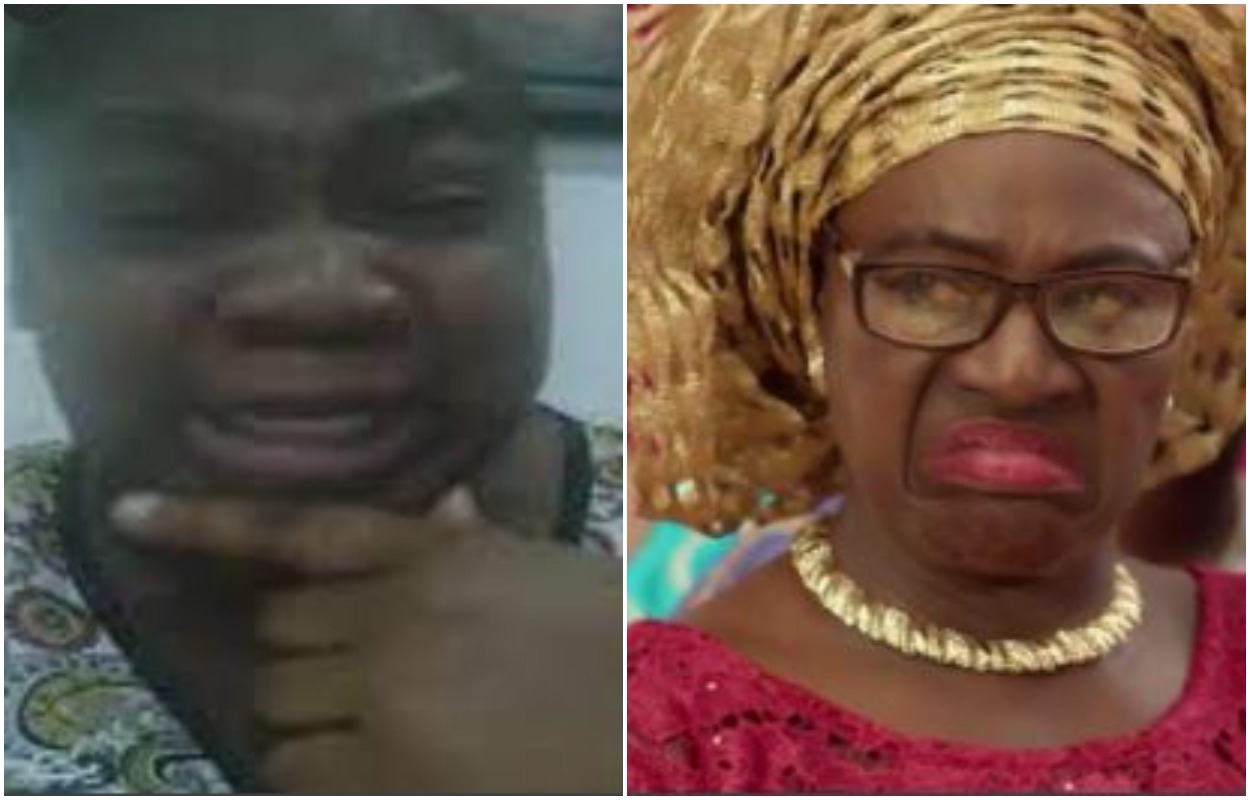 Comedienne Princess, has blasted veteran actress, Iya Rainbow, over her recent interview with BBC Yoruba for revealing she begged her to dropped Baba Ijesha’s sexual assault case but she refused.

Naija News earlier reported that the 78-year-old script interpreter, in a recent interview with The BBC, disclosed that she reached out to Princess to drop the case against Baba Ijesha but she refused.

Reacting to the statement, Princess described Iya Rainbow as an irresponsible mother, noting that she is ashamed of the veteran actress for her comment.

In her own words, she said; “It is no longer news that my family and I have been going through hell. Everybody has their destiny pre-written, but I am doing this video because I just saw her interview. Mama Rainbow, I am ashamed for you; you are not a good mother. I regret ever respecting you; I regret ever seeing you as a mother or a grandmother.

“You said that you called me for four days and I did not answer you; now they have released him. In case you do not know, you only called me once. You called me when Baba Ijesha was in Police custody and told me to go and release him. You were instructing me and I never disrespected you. I even took my time to ask why you called me and you explained that Ijesha called you that evening to intercede on his behalf, saying he has offended me — his benefactor.

“I asked you if he told you what he did and you said he did not; but for him to have called you to intervene means that he knows that you can speak with me to quell the issue.

The comedienne accused Mama Rainbow of not caring about her, saying, “When your child’s Instagram page had issues, you stuck your neck out; it was just an Instagram page. You know how to take care of your child, but because I am another person’s child, you called me and told me to go and release someone who is in Police custody for a crime.

“I was not angry but sad that day and I was crying while explaining to you but you were pretending to me. Mama Rainbow, you were pretending to me as if you are a concerned mother. Have you come to my house since then? Have you called me since then to sympathise with me? You never did. I keep quiet because I believe that justice will be served and anything hidden will come to light. I am going through a lot of pain and I do not wish it on my enemy. I am not silent because of you, Mama Rainbow.”