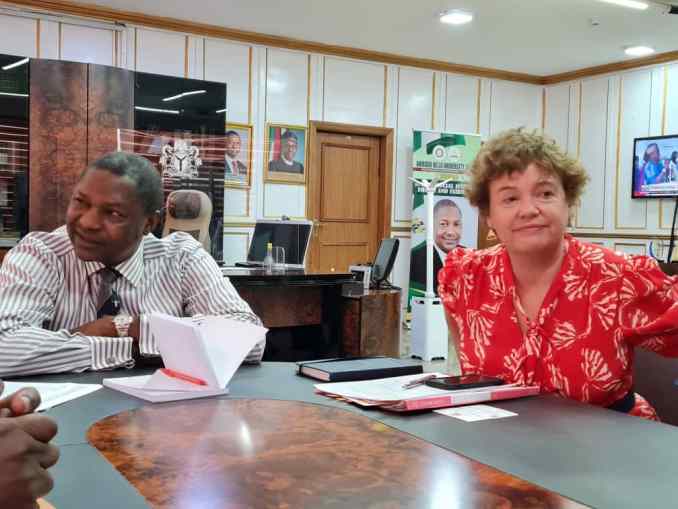 Nigeria’s Attorney General and Minister of Justice, Abubakar Malami, has reportedly rejected a move by UK high commissioner to Nigeria, Catriona Laing, to discuss the arrest of Nnamdi Kanu.

Kanu, who is also a British citizen, is the leader of the proscribed Indigenous People of Biafra (IPOB),

He was mostly in the UK from where he runs Radio Biafra, IPOB’s radio station with which he often engages in calls for the establishment of Biafra.

Dean Hurlock, a spokesperson of the British High Commission, had earlier told TheCable that the UK is “in the process of seeking clarification” from the federal government regarding his arrest.

But moves by the UK to weigh in on the matter hit a brick wall when Malami hosted Laing in Abuja.

According to TheCable, Laing raised the issue of Kanu’s arrest, but the minister quickly rebuffed her.

A source familiar with the matter said he told Laing that the matter was “not part of the agenda and we’re not going to discuss it”.

There is little official information about Kanu’s arrest other than Malami’s statement that the IPOB leader was “intercepted through the collaborative efforts of Nigerian intelligence and Security Services”.

Other highlights of the meeting between Malami and Laing, according to Umar Gwandu, the minister’s spokesman, was the former’s insistence that Nigeria was right to ban Twitter.

AGF Malami said the nation’s interest is paramount above other considerations.

The minister added that any company operating in Nigeria must understand this and respect the nation’s interest.

“If you want operate as a business entity in Nigeria, you must do so within the context of Nigerian laws. Nothing offensive or that breaches the Nigerian laws should be entertained,” he said.