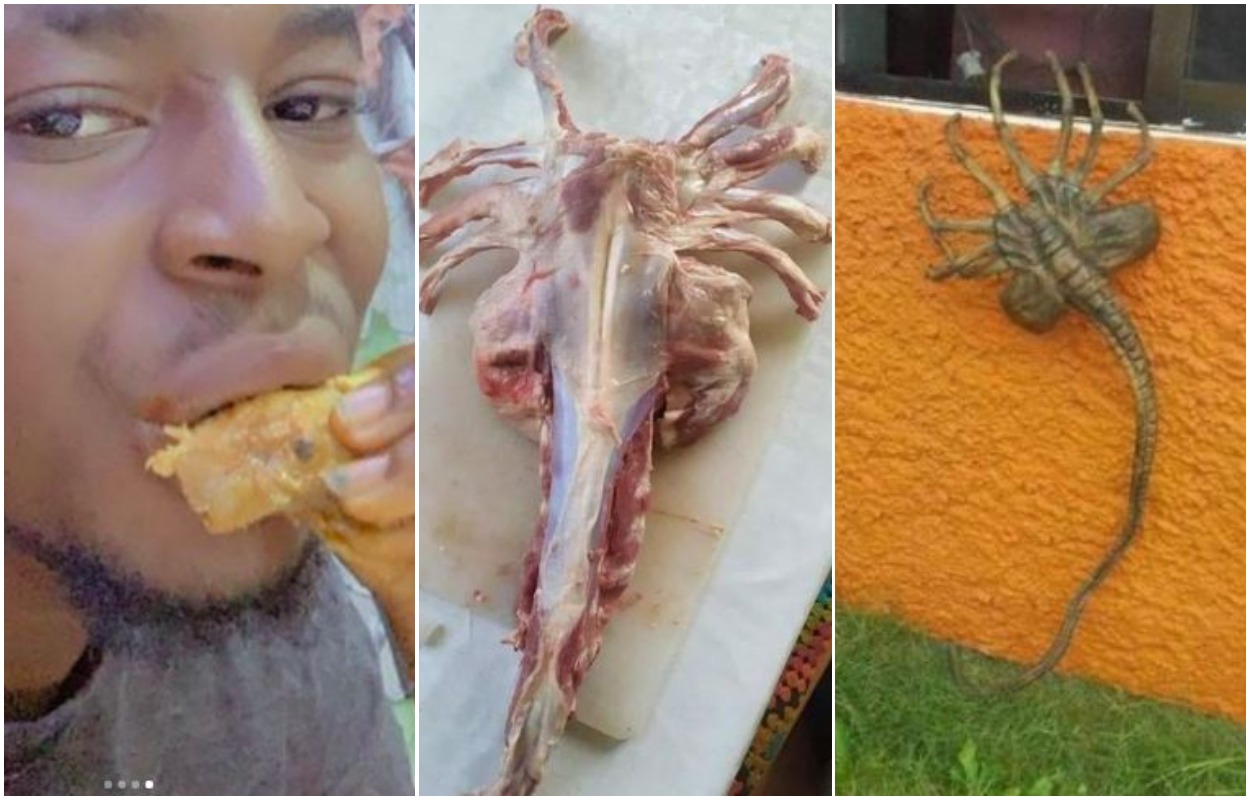 A yet to be identified Nigerian man has left many social media users in shock after sharing photos of himself eating the flesh of a strange animal.

In the photos that have become a growing sensation, the yet to be identified man shared a photo of a scorpion-like creature he killed, cooked and ate afterwards.

The photos, however, got social media reeling with reactions after it was first shared as many feared that the man might bring in an incurable virus with such savagery act. 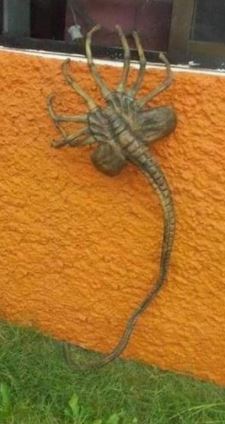 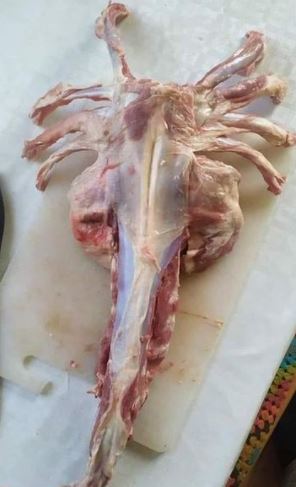 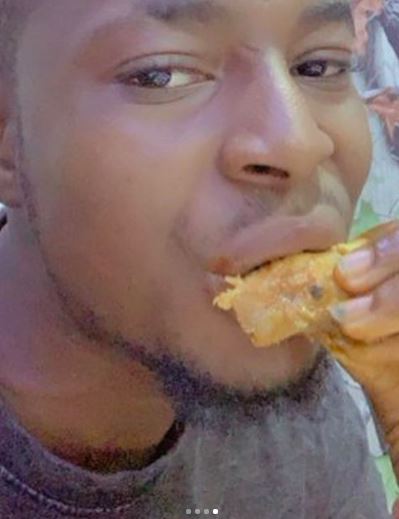 Here are some of the reactions the photos generated;

@augustivity wrote; Where is the flesh in this nonsense heis eating now

@991beauty wrote; It’s his dirty nails for me

@leeleeorganicskincare wrote; Jesus Christ what is this again

@soft_bea wrote; ‘Every animal God is eatable as long as you cooked it,but not me and you’

@ai_am_adenike wrote;This guy get time sha, he must be an artist bcos, whattt? He actually took out time to shape that meat?