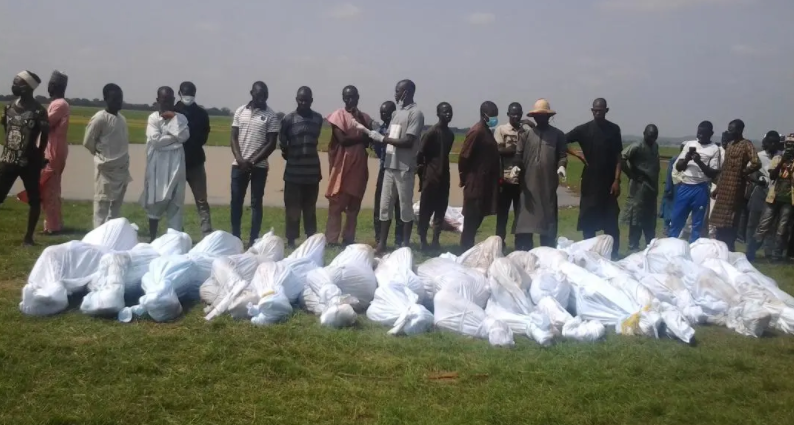 The Federal Government says 76 corpses have so far been recovered from the boat mishap that occurred in Tshohuwar Labata village in Ngaski Local Government Area of Kebbi State.

The Area Manager of the Nigerian Inland Waterways Authority (NIWA) in the state, Birma Yusuf, disclosed this to Daily Trust on Friday.

Yusuf noted that a search operation was still ongoing as more corpses were expected to be recovered.

He revealed that the corpses recovered had floated to the shore of River Niger near where the ghastly accident occurred.

Yusuf, however, lamented the authority’s poor equipment for the rescue mission.

He said that the authority had the expertise for rescue operations and appealed to the Kebbi State Government to assist the authority with water boats in order to improve their operational capacity.

Yusuf said: “So far 76 corpses have been recovered. We always blame the boat operators for overloading and using old boats.”