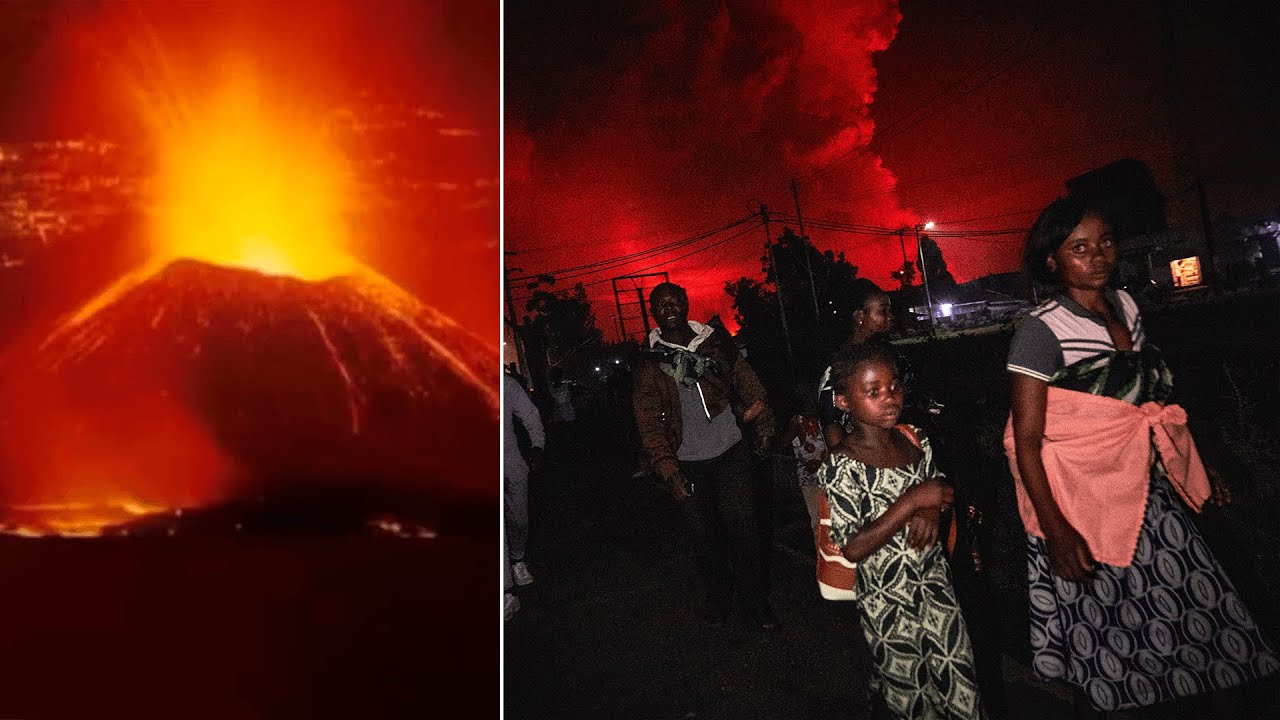 A volcano erupted on Saturday evening in the east of the Democratic Republic of the Congo; Nyiragongo.

For the first time in 20 years, a lava flow has, according to witnesses, reached a major highway in the city of Goma.

A distressing situation for the inhabitants of the town of two million inhabitants, capital of the North Kivu region in the east of the country.

“I saw how the volcano was invading us. It was around 6 p.m. that we saw the fire coming towards the hill and we were all surprised, at 7 p.m. the situation worsened. We saw that the lava was going towards Rwanda, but after we saw that it was going towards Majengo (a region of Goma), that’s why people were panicking and didn’t know what to do. We didn’t expect to see such an eruption, we thought that ‘she was just going to throw lava, but we can see how she progresses little by little” revealed Shimwiraye Alain, resident of Nyiragongo.

Marked by the last eruption of Mount Nyiragongo, the Congolese were quick to flee. In 2002, lava from the volcano covered runways at airports and killed hundreds of people. 100,000 others were left homeless.

An evacuation plan is being activated, however, the official announcement was made to residents several hours after the lava was thrown and many people had already fled on foot.