The West Africa Examination Council (WAEC) has released a new date for the conduct of the 2021 West Africa Secondary School Certificate Examination (WASSCE) for school candidates.

This was disclosed on Friday in a statement signed by its acting head of public affairs, Demianus G. Ojijeogu on behalf of the head of national office where WAEC announced the reschedule of this year’s May/June school examination.

According to the exam body, the 2021 WASSCE will now start August 16 and end September 30.

The statement added that an international timetable for the conduct of the exam will be released later.

Below is the full WAEC statement urging all concernned stakeholders to take note and be guided accordingly. 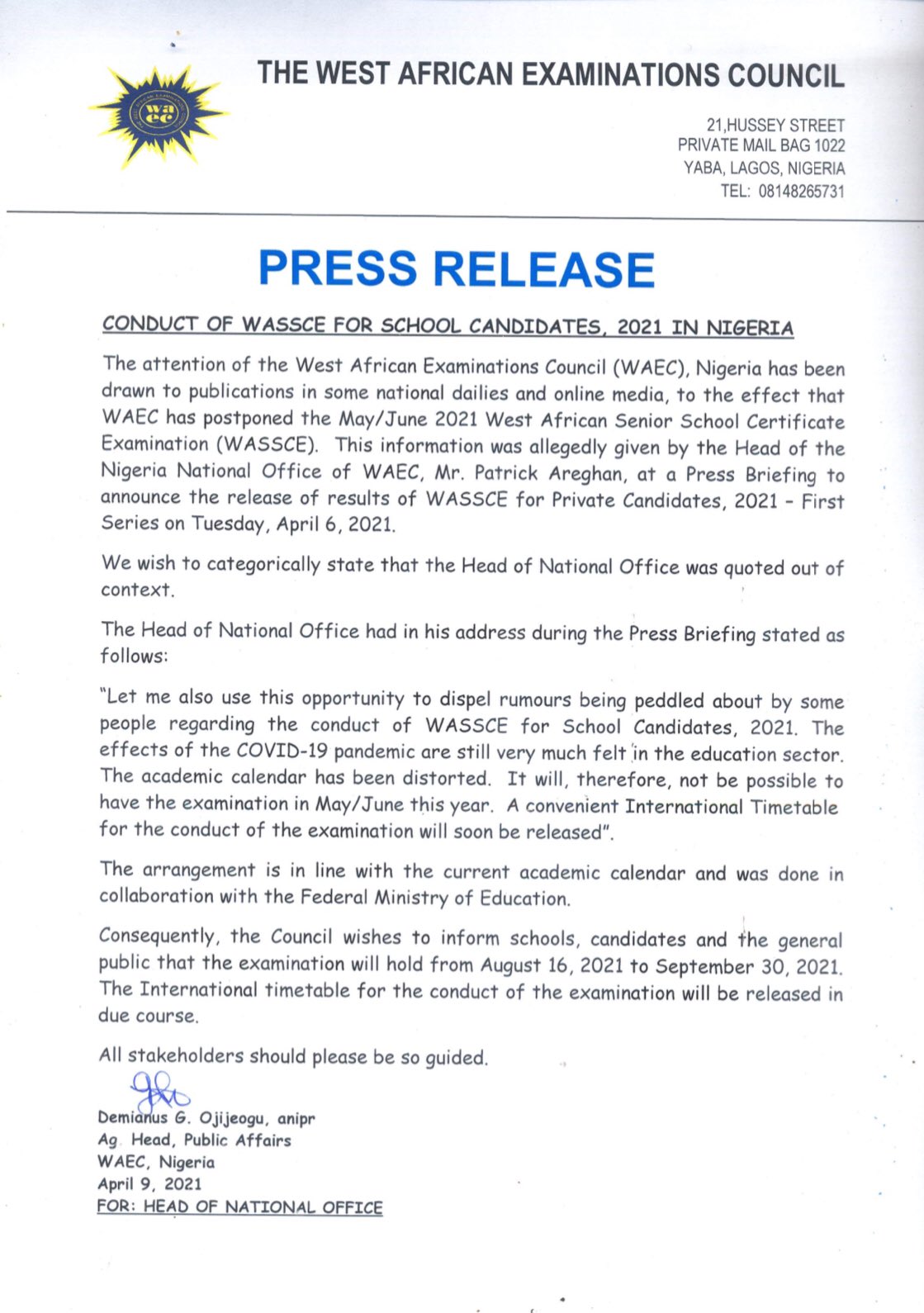 Meanwhile, the umbrella Christian body in Nigeria, the Christian Association of Nigeria (CAN) has criticized lawmakers working on a bill to allow female Muslim military personnel in Nigeria to wear hijab as part of their uniforms.

The Christian body noted that rather than debate issues that touch on the well-being of Nigerians, the legislators are devoting time and resources to frivolities such as mode of dressing.

Particularly, the CAN General Secretary, Joseph Daramola wondered if wearing hijab by such military and para-military personnel would protect them from bullet hits on the battlefield, noting that it’s the only logical reason to allow such debates.

He made the submission in an interview with The Punch on Thursday, during which he reacted to the bill currently before the House of Representatives seeking to compel military organizations to permit female officers to wear hijab.