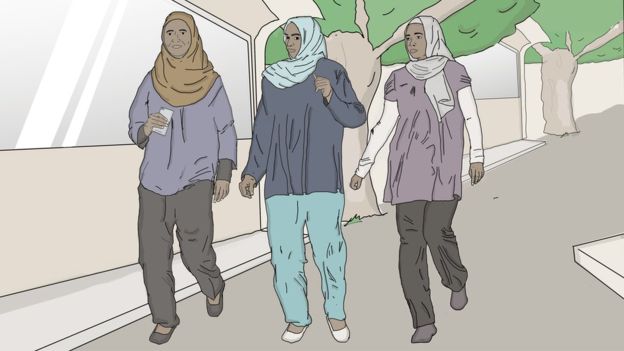 The umbrella Christian body in Nigeria, the Christian Association of Nigeria (CAN) has criticized lawmakers working on a bill to allow female Muslim military personnel in Nigeria to wear hijab as part of their uniforms.

The Christian body noted that rather than debate issues that touch on the well-being of Nigerians, the legislators are devoting time and resources to frivolities such as mode of dressing.

Particularly, the CAN General Secretary, Joseph Daramola wondered if wearing hijab by such military and para-military personnel would protect them from bullet hits on the battlefield, noting that it’s the only logical reason to allow such debates.

He made the submission in an interview with The Punch on Thursday, during which he reacted to the bill currently before the House of Representatives seeking to compel military organizations to permit female officers to wear hijab.

Part of the reliefs sought by the bill is to prohibit the military, para-military and other security agencies in the country from discriminating against anyone wearing a hijab.

But reacting to the bill and its provisions, the CAN general secretary, Daramola submitted that rather than focus on such issues, the lawmakers should tackle issues relating to governance, security, and economic prosperity.

“If they like they can wear skirt or agbada (flowing gown). If you go to Afghanistan, their military women wear hijab. That is not an issue. If hijab will help them deflect bullets at the battlefield, let them wear it, if that is what they want. Let us not worry ourselves about unnecessary matters,” he submitted.

Earlier, CAN had described the bill as totally unnecessary and urged the National Assembly to suspend it.

“To what extent does this controversial bill seek to promote peace, order and good governance? Has dress code become part of the Exclusive Legislative List?

“While the citizens are expecting the National Assembly to make laws that will address the lopsided appointments, insecurity, unemployment and economic predicament, our lawmakers are interested in making laws that seek to promote one religion. This is totally unacceptable in a country with multiple religions,” CAN noted.

Meanwhile, the Miyetti Allah Cattle Breeders Association of Nigeria (MACBAN) has said some herdsmen engage in criminal activities because of ignorance and poverty.

Naija News reports that this was made known on Thursday by MACBAN Secretary-General Othman Ngelzarma in Kaduna while addressing the Arewa Consultative Forum (ACF) National Executive Council (NEC) led by Chief Audu Ogbe.

While revealing that herdsmen become poor because of the stealing of their cattle, he said the solution is to settle the pastoralists within a place and educate them.