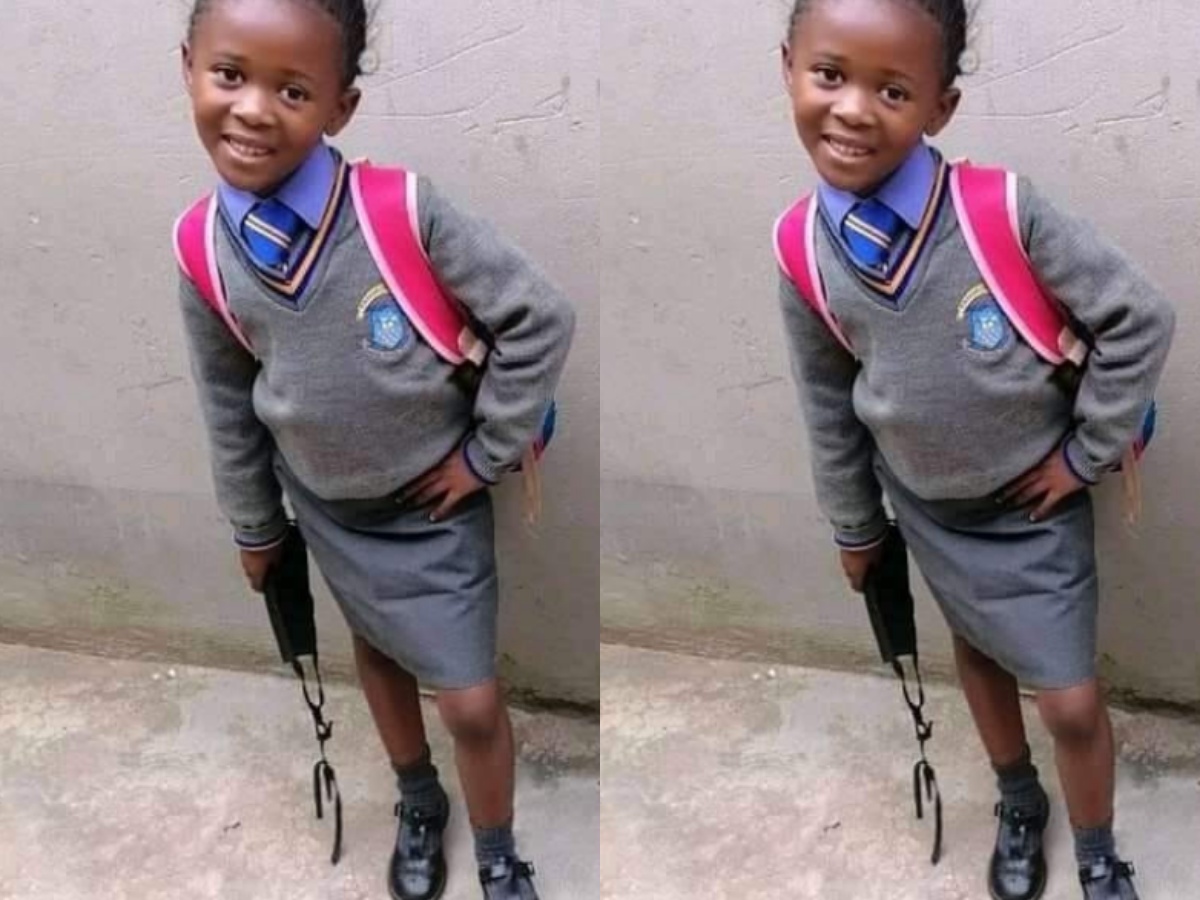 The South African police have confirmed the arrest of a man who allegedly stabbed to death the daughter of his ex-girlfriend.

Though it was unclear what had transpired between the man and his former lover, reports, however, had it that the lifeless body of the young child who was earlier reported missing was found in the suspect’s wardrobe after a search by the police.

Naija News learnt that Samogelo Mokhele‘s mother had left her daughter sleeping around 11.30 am on March 11, 2021, when she went to the shop. Unfortunately on her return, her daughter was nowhere to be found.

She reportedly started searching for Mokhele all over the places even to her ex-boyfriend’s place where no one was found.

However, the suspect’s neighbours confirmed to her that her child was seen with her ex-boyfriend at around 12pm. She proceeded to open a Missing Person (Child) case at Rabie Ridge Police Station.

Confirming the incident, SAPS Spokesperson, Sgt Dipelelo Moremi, told reporters that the police searched the suspect’s home and discovered the lifeless body of the girl in his wardrobe.

“The missing person enquiry was completed and a preliminary investigation conducted. Upon searching the place, the body of the missing child (Samogelo Mokhele) was discovered in the wardrobe and the necessary role players were contacted but the suspect was not found,” he stated.

“In the following morning (12 March) VISPOL Commander Lt Colonel Mashalane and other members went for a search and the suspect was arrested at a hideout. A knife with blood was also found on his possession.”

The police spokesman revealed further that the suspect is in custody at the Rabie Ridge Police Station.

Meanwhile, a blind Ghanaian woman identified as Jennifer has stirred reaction on the internet after she was spotted frying Garri to pay for her school.

The visually impaired woman was seen in the trending video manning two pans of Garri as it fries, Naija News reports.