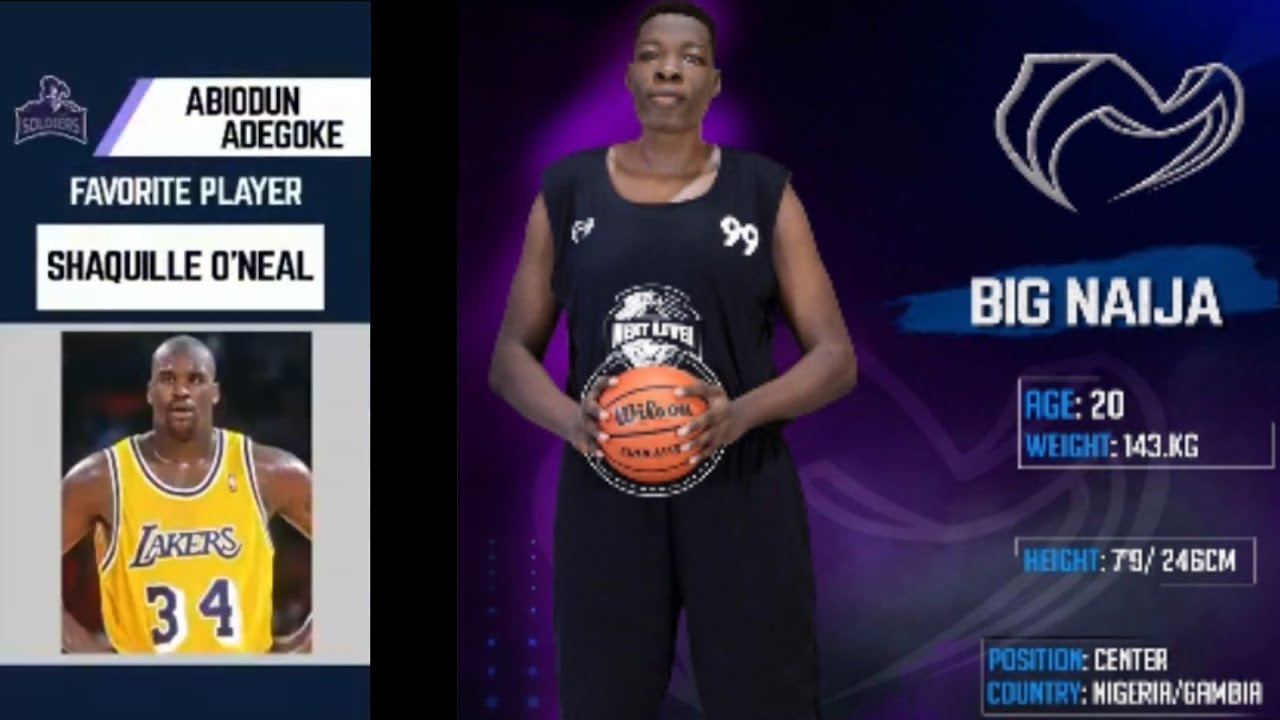 Naija News understands that the young basketball player became a subject of discussion after a video of him surfaced on the internet slam-dunking with his two feet on the ground.

Adegoke who is said to be 7ft and 9in tall has gained the attention of great basketball player, sportspeople talking ever since a video of him popped out on social media.

The Nigerian is set to become the tallest ever competitor in the NBA after he went viral. Naija News understands that Adegoke’s video clip was shared also by four-time NBA champion Shaquille O’Neal, who played at the centre his entire career and used his 7ft 1in the frame to devastating effect.

The player, bignaija as popularly known on Instagram is said to be currently training with the MPAC Sports UAE system as he weighs up where his future could take him.

Watch a video clip of Adegoke below: