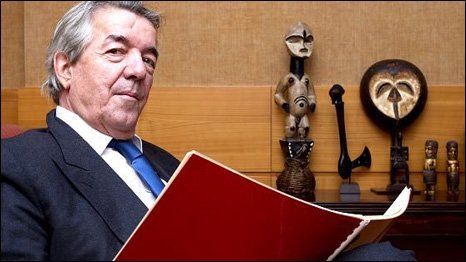 The Swiss lawyer hired by the Nigerian government to recover monies looted by late Head of State, Sani Abacha, Enrico Monfrini, says the family of the late dictator is not as rich as before.

Working with the former Attorney-General of the Federation, Mohammed Adoke, Monfrini had recently traced about $321 million to Liechtenstein and Luxembourg, and the monies were kept in the custody of the attorney-general of Switzerland until its final return to Nigeria.

In an interview with the BBC, the lawyer said he is still waiting for the repatriation of $144 million from France, another $30 million from the United Kingdom and a further $18 million in Jersey which he had secured.

He added that his work has secured the restitution of more than $2.4 billion.  Monfrini said the late former military ruler was believed to have laundered over $5 billion between 1993 and 1998.

“At the beginning, people said Abacha stole at least $4-$5billion. I don’t believe it was the case. I believe we more or less took the most, took a very large chunk of what they had,” he said.

He said when he looks back, he is satisfied with the job he did, as he now hears that the Abachas “are not swimming in money like they used to do in the past”.

“When I speak to my very many children about this case, I tell them I found money and I blocked the money, I persuaded the authorities to go after these people and get the money back to the country for the good of the Nigerian people. We did the job,” he said.

Finding the money, Monfrini said, turned out to be relatively quick in comparison to getting it returned to Nigeria.

He said the Abachas “were fighting like dogs” as they were appealing about everything, and this delayed the process.

“Showing the ins and outs on these bank accounts gave me further information regarding other payments received from other countries and sent to other countries.

“So it was like a snowball. It started with a few accounts, and then a large amount of accounts, which in turn created a snowball effect indicating a huge international operation.

“Bank accounts and the documents that go with them talk a lot.

“We had so much proof of different money being sent here and there, Bahamas, Nassau, Cayman Islands – you name it.

“Nobody seems to understand how much work it entails. I have to pay so many people, so many accountants, so many other lawyers in different countries.”

He also narrated how a high-ranking government official had called him for the job in 1999.

He said the official had asked him if he could find and block the money, and he said yes.

“Can you arrange that this money be returned to Nigeria?’ “I said: ‘Yes.’ But in fact I didn’t know much about the work at that time. And I had to learn very quickly, so I did.”