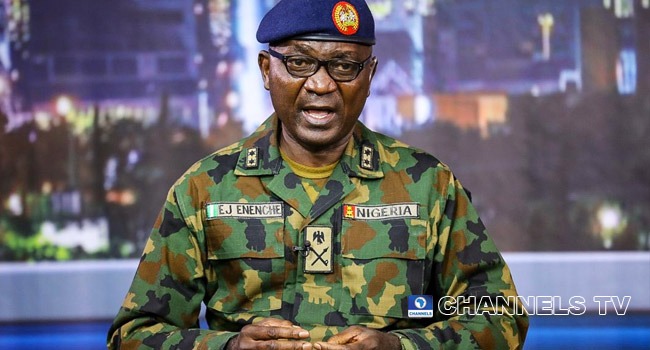 The spokesman of the military, Maj. Gen. John Enenche, on Thursday, noted that it is winning the war against insurgency and banditry in Nigeria.

Enenche made this claim while speaking at a press conference in Abuja on Thursday.

The military spokesman referred to the recent operations against bandits in Zamfara and Katsina as evidence of the military’s efforts against insecurity.

Recall that Enenche on Monday stated that the troops of Operation Hadarin Daji have killed at least 35 bandits in Zamfara in two successive operations.

He further stated that the troops also recovered 24 cows and an unspecified number of sheep from the bandits.

He also noted that two suspected bandits have been arrested in Katsina state.

Enenche during the press conference on Thursday called on Nigerians to provide the military with actionable information that will assist in decimating all criminal elements in the country.