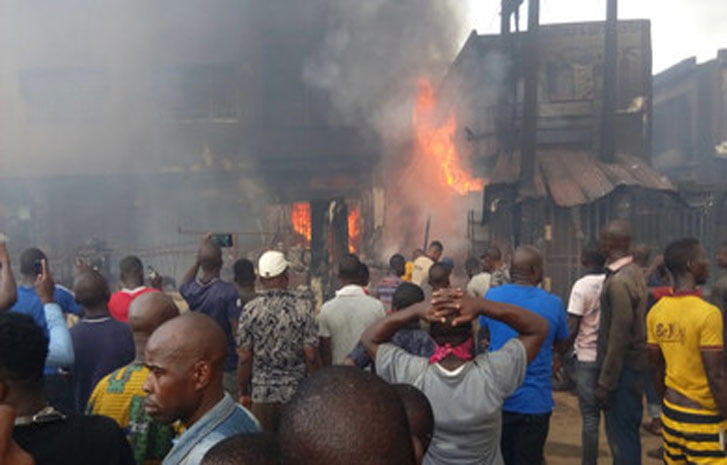 Naija News reports that Konduga, about 38 kilometres (24 miles) from the regional capital Maiduguri.

Militia and humanitarian sources disclosed told Nigeria News on Saturday that the explosion was caused when a teenage girl killed blew herself up in a crowd.

An aide worker identified as Abubakar Mohammed said: “We evacuated three dead bodies and two people who were seriously injured from the scene.”

The attacker set off her explosives among a group of men at a hangout next to the local chief’s home, said Ibrahim Liman, an anti-jihadist militia leader who gave the same toll.

Konduga and surrounding villages have been repeatedly targeted by suicide bombers from Boko Haram, which typically attacks soft civilian targets such as mosques, markets and bus stations, often using young women as bombers.

At least 30 people were killed last year in Konduga when three bombers detonated their explosives outside a hall where football fans were watching a match on TV.

Recall that Boko Haram had recently claimed the abduction of 333 students of the Government Science Secondary School in Kankara, Katsina State.

The Abubakar Sheukau-led faction also released a video to confirm its abduction of the schoolboys.

But Governor Aminu Masari on Thursday night announced that the boys have been released following negotiations facilitated by members of Miyetti Allah and repentant bandits.