The East Carolina University (ECU) in the United States of America has denied appointing Kano State Governor, Abdullahi Ganduje as a visiting professor.

The University in a letter of clarification after the news of Ganduje’s purported appointment went viral, disclosed that one Victor Mbarika who signed the said letter conveying Ganduje’s appointment is not authorized to make such appointments or sign such letters.

Naija News recalls Ganduje’s spokesperson, Abbar Anwar disclosed to journalists in Kano that the Governor’s appointment was contained in a letter dated November 30, 2020 sent to him by the school through one Victor Mbarika, a lecturer of International Center for IT and Development at East Carolina University College of Business.

However, the University has now denied authorizing the said letter or appointment.

ECU’s reaction in a letter signed by B. Grant Hayes, Interim Provost and Senior Vice Chancellor for Academic Affairs reads:

“It has been brought to my attention that you received a letter from a faculty member dated November 30, 2020, that appeared to offer an unpaid appointment in the “International Center for IT and Development” at East Carolina University College of Business.”

“I must inform you that the letter you received from Dr. Victor Mbarika, on November 30, 2020 does not convey an authorized offer of appointment or establish any position of scholar or professor at East Carolina University (“ECU”).

“Only the Chancellor, myself, or another official identified in ECU’s published statement on Delegation of Contracting Authority for the Division of Academic Affairs may authorize or sign appointment letters under which faculty are employed. Dr. Mbarika is not such an official,”. 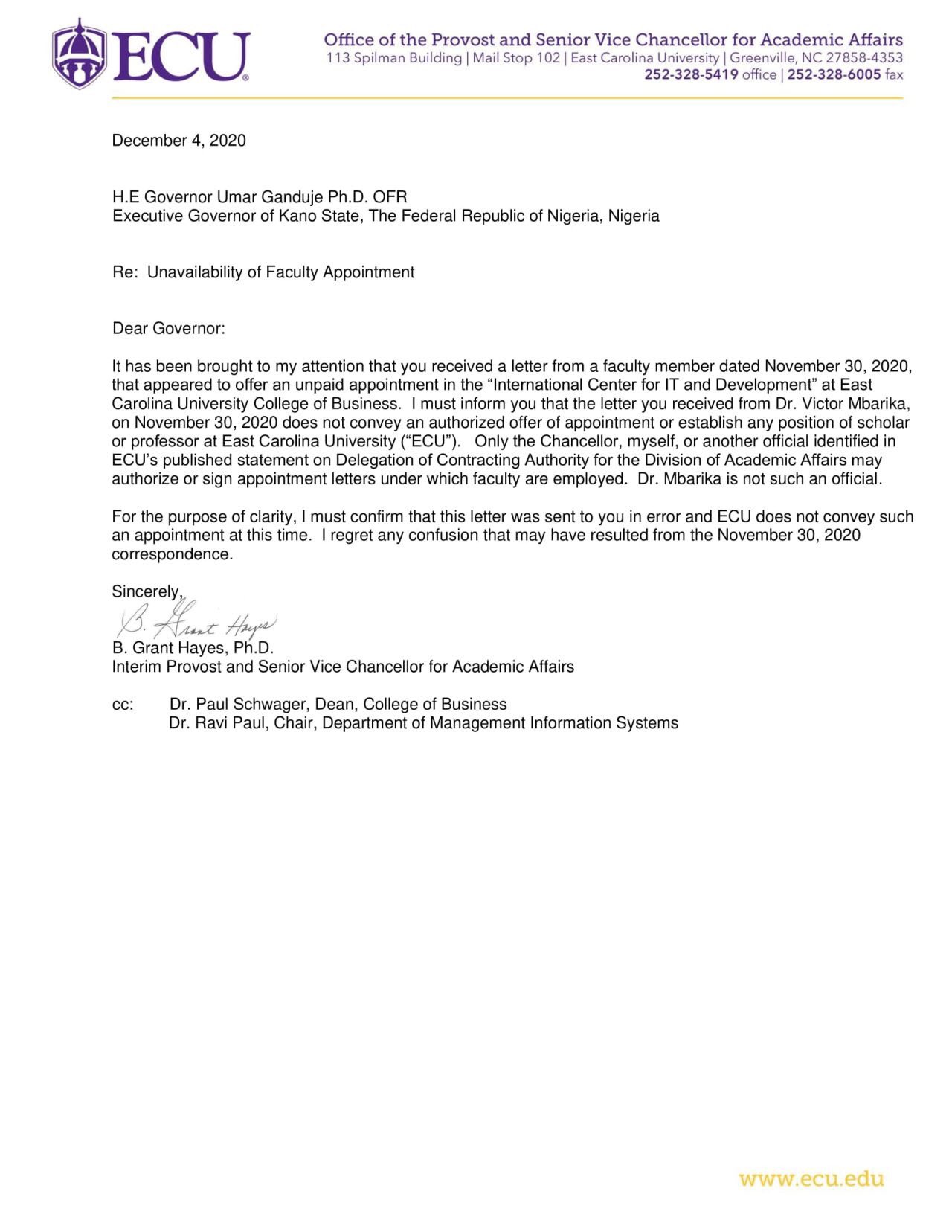