#EndSARS: US Embassy Shuts Down Consulate In Nigeria | Naija News 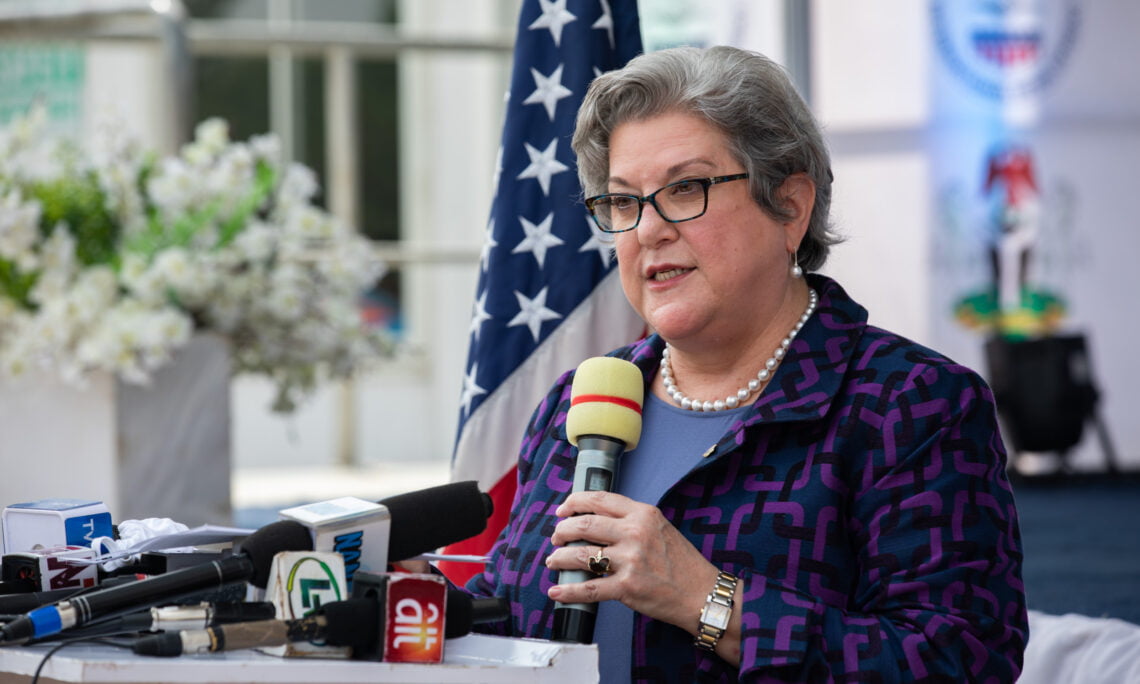 The United States (US) Mission in Nigeria has shut its Consulate General in Lagosand abuja over violent clashes in the state.

This was disclosed in a statement titled, “Message for American Citizens – Demonstration Alert” shared on the Mission’s website on Tuesday.

Recall that Governor Babajide Sanwo-Olu declared a 24-hour curfew after hoodlums in the guise of EndSARS protesters burnt a police station in Orile area of the state.

The statement read, “Multiple demonstrations are ongoing across Nigeria – to include areas within the consular districts of Abuja and Lagos.

“Although most demonstrations are peaceful, some have become violent and have shut down major thoroughfares and bridges.

“Some police stations have been targeted. Lagos State closed all schools indefinitely as of October 19 due to protests and implemented a 24-hour curfew starting at 4:00 p.m. on October 20.
“Consulate General Lagos is closed for the rest of today and tomorrow.

“We continue to urge all U.S. citizens to avoid areas around protests and demonstrations and to check local media for updates and traffic advisories. Continue to be vigilant and avoid areas affected by the protests.”

The Mission advised US citizens to avoid the areas of the demonstration(s), exercise caution if unexpectedly in the vicinity of large gatherings or protests, keep a low profile, be aware of their surroundings, and monitor local media for updates.