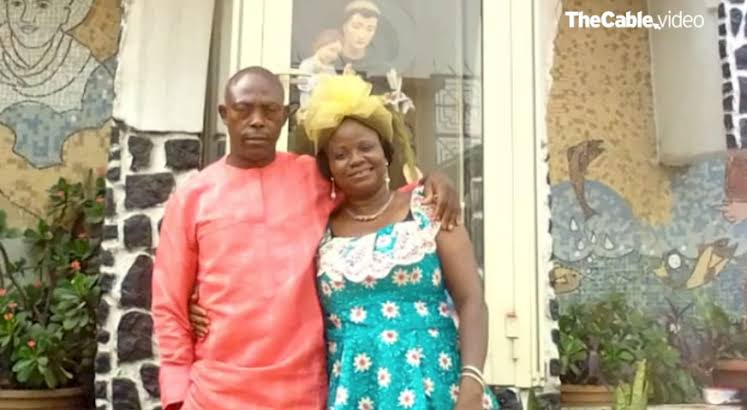 Ngozi, the wife of Ikechukwu Iloamuzor, a 55-year-old man who was killed after he was hit by a stray bullet during the #EndSARS protest in Surulere, Lagos state, has demanded justice for her husband.

The deceased man, said to be a driver was hit in his jaw by the bullet on Monday, after police officers opened fire on protesters who were demanding an end to police brutality in the country.

Speaking in an Interview with TheCable on Thursday, Ngozi noted that her husband was a easy going man, who didn’t like trouble at all.

She explained that they had been married for 11 years and they really love each other.

She said even if they do not have much, they made do with what they had.

‘Who is going to help me now? They just took my joy away from me. I want them to find the person that killed my husband,” Ngozi said.

The family of the deceased has insisted that the policeman who was responsible for the shooting must be arrested and brought to book.

Speaking on behalf of the family on Wednesday, Emmanuel Ugwu, traditional ruler of Ibagwa Nike community in Enugu state, demanded a thorough investigation into the incident and compensation for the family.

“We want a thorough investigation of the incident. We are crying for justice. We want the family to be fully compensated to be able to take care of the people he left behind,” Ugwu said.

Babajide Sanwo-Olu, governor of Lagos, has set up a judicial panel to investigate police brutality and human rights violation by operatives of the disbanded special anti-robbery squad (SARS).