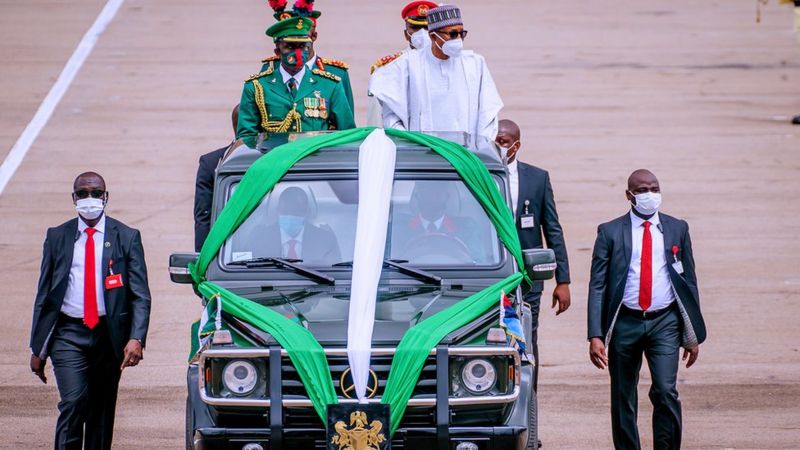 The Northern Elders Forum (NEF) has again, added its voice to the growing calls for the restructuring of Nigeria.

The forum in its submission, noted that the current administration should note that it is not been blamed for all the problems facing the nation but it is wrong for it to declare it doesn’t want to hear anything about restructuring.

Speaking on Channels Television Sunrise Daily, NEF spokesperson, Dr. Hakeem Baba-Ahmed said the constitution of Nigeria itself needs to be revisited to make necessary adjustments in line with current realities.

He also lamented the growing spate of insecurity across the country, using the North where he comes from as an example, Baba-Ahmed disclosed that sometimes bandits can ravage a community for three days continuously and no security operative will show up to confront them.

He noted, “The two basic functions of the state is to secure citizens and provide for their welfare. Now, the Nigerian state is failing on both camps. So, restructuring for us means addressing those failures and identifying ideas, suggestions and changes that can actually fit into the process of improving them.

“Policing is a fundamental issue. Here in the north where I come from, you could spend three days with bandits ravaging communities and you will not see a single policeman. Something is wrong with the way the country is structured to provide security for citizens. So, we need to revisit some of these issues.”

The NEF spokesperson added that the issues that have led to the growing clamours for restructuring didn’t start in one day. He added that vital institutions are collapsing and urgent actions need to be taken to prevent the total collapse of Nigeria.

“When we make demand for the restructuring of the country, we are not necessarily saying that the government is deliberately causing the problems – they are cumulative issues, matters that should have been addressed a long time ago but they were not addressed. Nations must accept to revisit how they live.”

Dr. Baba-Ahmed added that Nigerians have the right to make demands from the government and they should not be tired of asking the government to do what they want even if it seems the current government doesn’t want to hear anything about restructuring.

“Nigerians have a right to ask for changes, for amendment, for improvement in the manner in which we live. There is nothing wrong in that. What is wrong is for the government to specifically say we don’t want to hear anything about restructuring.

“Right now, no one will dispute that the federal government carries too many responsibilities most of which it doesn’t discharge, has too many resources and is not well run. It has become a focus of intense competition. The type of competition that makes the political system unstable. Everybody wants the Presidency. Everybody wants to go to Abuja. Abuja is everything. This is wrong,” Baba-Ahmed noted.

He added that “We believe that Nigerians should never (be) tired about demanding that their country must be made to work. If the government is not going to do it on its own, it needs assistance. If it needs some pressure, we believe we can provide that pressure.”

Meanwhile, Naija News recalls the General Overseer of the Redeemed Christian Church of God, Pastor Enoch Adeboye, had on Saturday called on the President, Muhammadu Buhari to restructure the country as soon as possible in order to avoid a breakup.

However, the presidency in a reaction on Sunday night, said it will not be pressurized into taking any action on restructuring, describing those calling for restructuring “recurring threats to the corporate existence of the country”.