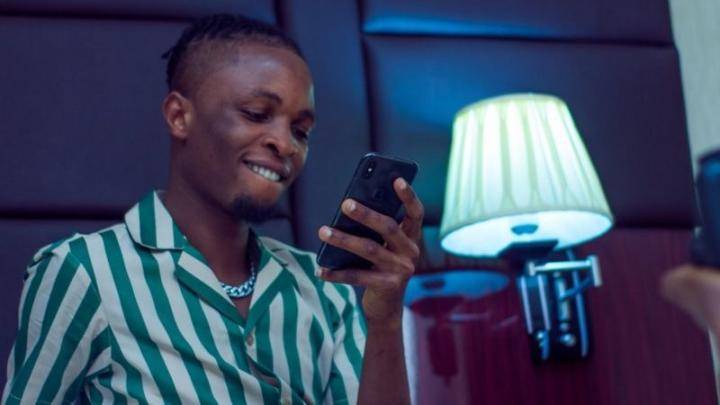 A lady whose name is yet to be identified has appeared in a now-viral video on social media, with the claims of being a baby mama to the winner of the 2020 edition of the Big Brother Nigeria reality TV show, Laycon.

The viral video was coming barely 24 hours after Olamilekan Agebeleshe, popularly known as Laycon was officially presented the N85 million grand prize he won from the country’s biggest reality show.

According to the lady, the BBNaija star had rounds of sex with her after a party at QILOX, a well-known top shots in Lagos State.

She alleged that Laycon after the one night stand gave her his phone number which she later found out not to be correct after trying to reach him numbers of time. The lady stated further that she started throwing up and noticing other symptoms of pregnancy a few months after their sexual intercourse.

According to her, she decided to voice out when she saw Laycon on the popular BBnaija show.

However, the BBNaija winner has distanced himself from having anything to do with the lady. Laycon reacted to the claim through his handlers, led by Nollywood actress Scarlet Gomez, Naija News understands.

According to Gomez, the lady’s claim in the video is fake, noting that the BBNaija Lockdown housemate and winner of the show doesn’t know the lady and has never met her.

In her words: “We don’t know her and Laycon has never seen her.”

Watch the lady below stating her relationship with Laycon;

Meanwhile, one of the housemates in the recently concluded 2020 edition of the Big Brother Naija reality show, Nengi, has confessed that she likes fellow housemate, Laycon.