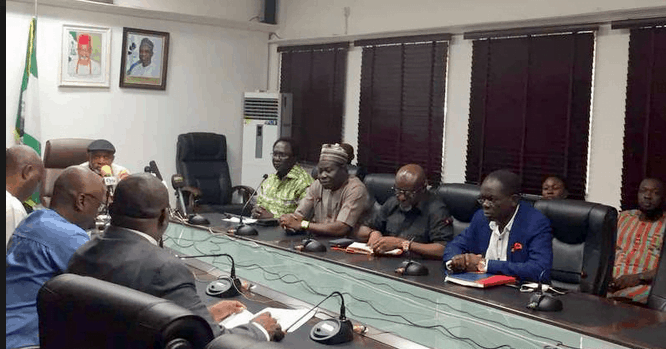 The Federal Government will  meet again with  the Nigeria Labour Congress and Trade Union Congress later today  on the threat by the organised labour to proceed on an indefinite strike and protest over the hike in electricity tariffs and fuel pump price.

Naija news reported that Labour on Tuesday set Monday for “unprecedented mass action” and “total strike” to get the government to reverse the hike in petrol pump price and the increased electricity tariffs.

The Nigeria Labour Congress National Executive Council (NEC) took the decision at a meeting with members of the National Administrative Council, Presidents and General Secretaries of affiliate unions and state council chairpersons and secretaries.

The Trade Union Congress (TUC) whose ultimatum to the government ought to have expired yesterday, shifted it till Monday to concur with the NLC on the commencement of industrial action.

However, in new development to avert Mass action,the Deputy Director, Press and Public Relations, Federal Ministry of Labour and Employment, Charles Akpan, disclosed that the federal government has rescheduled another meetings with the labour leaders on Thursday.

the stateme read, “The Honourable Minister of Labour and Employment, Dr Chris Ngige will be hosting a meeting with the Organised Labour. The meeting is scheduled for Thursday, September 24, 2020, and the venue is the Banquet hall, Presidential Villa, by 3pm.”