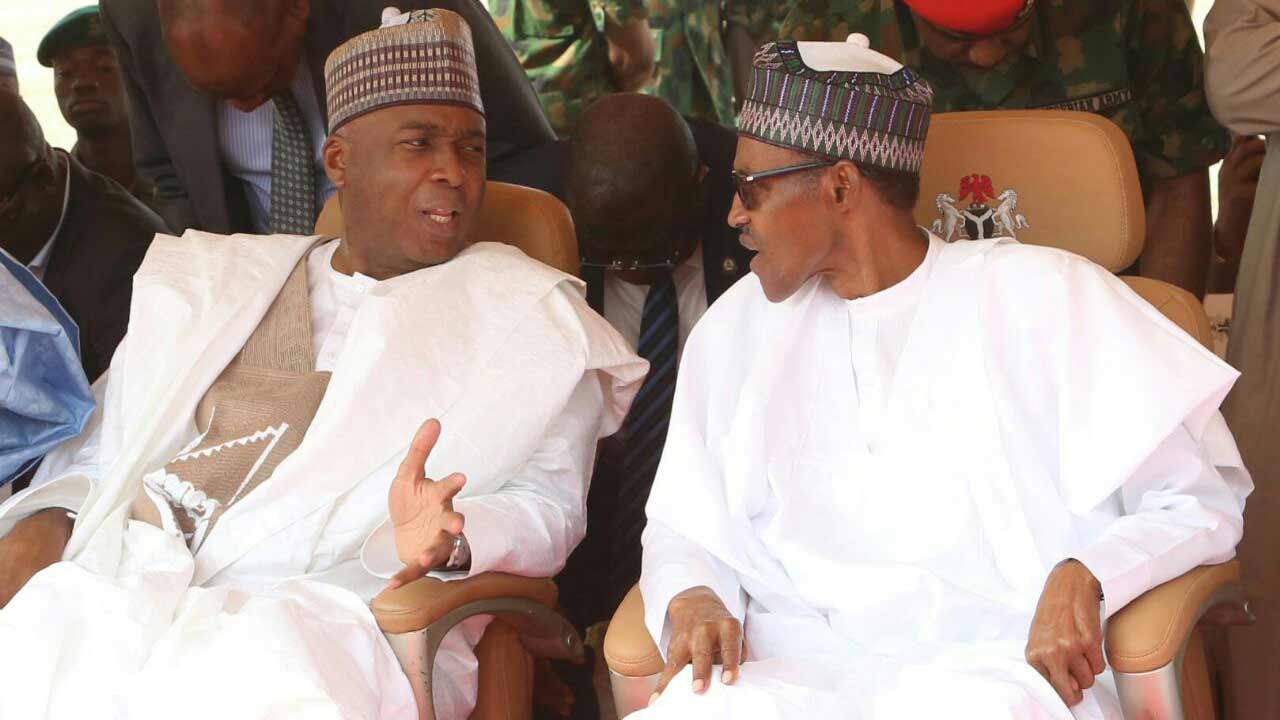 Former Senate President, Dr. Bukola Saraki has commended the President of Nigeria, Muhammadu Buhari for the role he played in the outcome of the 2020 Edo State governorship election.

Saraki noted on his Twitter page on Sunday that the leadership provided by the President ensured a level playing ground in Saturday’s election.

He added that he believes Buhari’s instruction on the conduct of credible polls guaranteed that Saturday’s governorship election in Edo State wasn’t declared inconclusive.

Saraki who spoke shortly before the final results were declared, also commended the Independent National Electoral Commission (INEC) for being firm and fair.

“…Before now, this situation would have led to the call of the fabled “inconclusive election”. Kudos to @inecnigeria
and I want to commend President @MBuhari for demonstrating leadership.”

“I believe his statesmanship in instructing that there must be credible polls is what has given us this level of transparency.”

Again, after the results were released Saraki also commended President Buhari for his role in the election. He wrote on Twitter:

“It is for the above reasons that I have to commend President @MBuhari for keeping the military out of this election and for giving the instructions that led to the apparent neutrality of @inecnigeria officials and other security officials involved in the entire process.”

Meanwhile, Naija News reports that Godwin Obaseki of the Peoples Democratic Party (PDP) has been declared by INEC as the winner of Saturday’s governorship election in Edo State.

He polled 307,955 votes to defeat all other candidates including Osagie Ize-Iyamu of the All Progressives Congress (APC) who polled 223,619 votes.