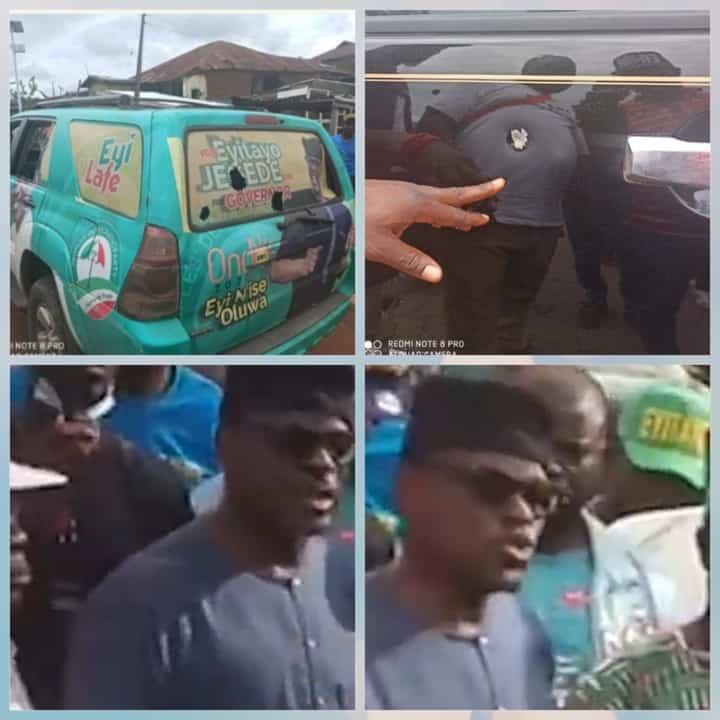 The candidate of the Peoples Democratic Party (PDP) in the governorship election in Ondo State, Eyitayo Jegede (SAN) has  stormed the Police Headquarters in Akure to protest the attack on his convoy by political thugs loyal to the All Progressives Congress (APC).

Jegede’s campaign train was reportedly attacked at Oba Akoko by suspected APC thugs on Wednesday morning. Speaking angrily about the deadly act Jeged called  for a thorough investigations into the development.

#EyiGboluga2020-The @OfficialPDPNig Guber candidate in Ondo State, @TayoJegedeSAN, at the @PoliceNG hqtrs in Akure, Ondo State, protesting the attacks on his campaign vehicles by APC thugs who were on the convoy of Governor @RotimiAkeredolu, Guber Candidate of the @OfficialAPCNg pic.twitter.com/hgLRP0fKWD

It will also be recalled that Naija news reported  Pastor Adewale Giwa of the Awaiting The Second Coming Of Christ Ministry, has also  called on the international community to hold the All Progressives Congress responsible if anything happens to the people of Ondo State.

here are some pictures to the protest 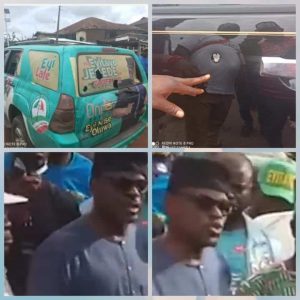 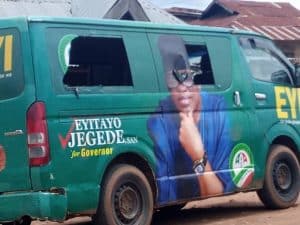 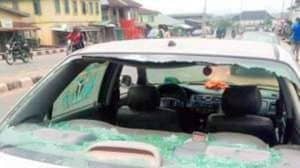