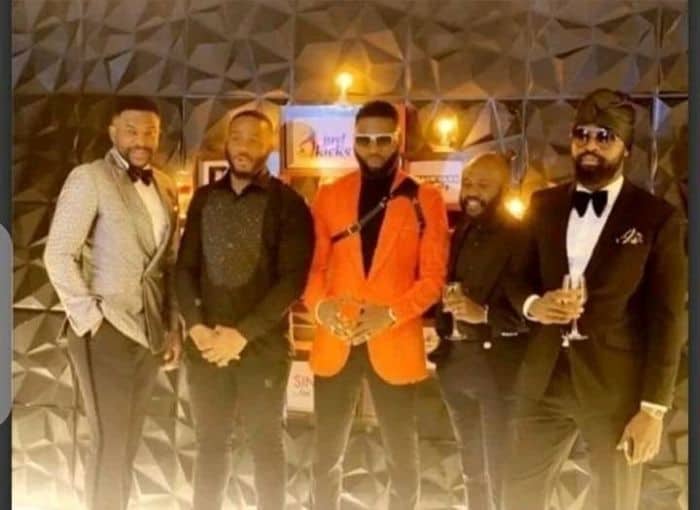 A BBNaija viewer has taken to micro blogging platform, Twitter to share an old photo of BBNaija host, Ebuka Obi-Uchendu hanging out with Kiddwaya at an event way before this year’s edition of the show commenced.

Writing on Twitter, the fan expressed shock upon finding out that the two have met and known each other even before the billionaire’s son auditioned for the 5th edition of the reality TV show.

Chukwuebuka Obi-Uchendu is a Nigerian lawyer and media personality from Okija in Anambra State, Nigeria. He is known for hosting the reality show Big Brother Naija, the long running Rubbin’ Minds talk show on Channels TV as well as co-hosting The Spot and Men’s Corner on Ebonylife Television.

Terseer Kiddwaya is 27 years old self-employed and comes from Benue State. He is one of the housemates in the Lock down season 5 2020 edition of Africa biggest reality TV show Big Brother Naija. Being a Big Brother Naija season 5 Housemate has Kiddwaya anticipating a better and crazier 2020.

“So kiddwaya is Friends with Ebuka, it makes sense now. That’s why he doesn’t want to scatter Kiddrica