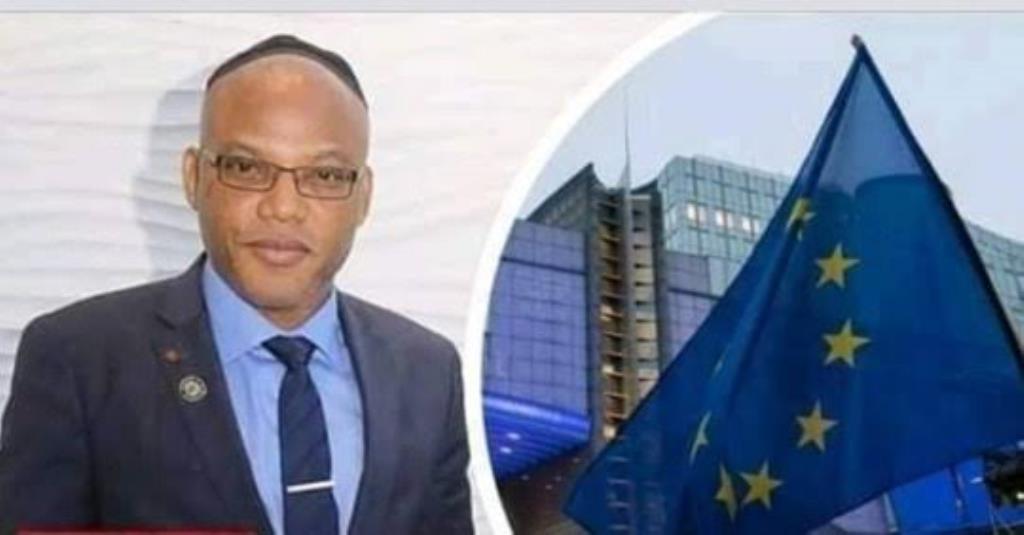 The leader of the proscribed Indigenous People of Biafra (IPOB), Nnamdi Kanu, has sent a message to the European Union (EU) over killings of IPOB members in Emene, Enugu State, southeast Nigeria.

Naija News understands that officials of the Department of State Services (DSS) clashed with members of the pro-Biafra group in Emene community primary school, Enugu state on Sunday. The clash in its wake left 21 IPOB members as well as two DSS operatives dead.

Reacting to the attack during a live broadcast on Radio Biafra, Kanu who expressed sadness over the attack, said told the that the European Union (EU) death of 21 IPOB members was carried out “Fulani Janjaweed army.”

I want the EU and the rest of the world to listen to what I have to say tonight. The attack tonight in Emene Enugu was a planned attacked by the Fulani JANJAWEED army,” Kanu said.

Speaking further, Kanu said the Nigerian security agents are trying to provoke members of his group, adding that the “reason they keep doing this, is because they killed us in Nkpor, Igweocha and they also came to my house and slaughtered at will, and nothing happened.”

According to the IPOB leader, “I want somebody to ask the police today, you left your Barack, your station to go to somebody’s compound to kill people today. Was there any provocation? I challenge everyone and journalist to tell the world what wrong we did.

“The reason why they keep doing this is because they killed us in Nkpor, Igweocha and they also came to my house and slaughtered at will, and nothing happened.

“They are trying to provoke us, it seems there is an unfinished business that the Fulani will like to finish as soon as possible. The question I have to ask is this, will such a thing happen in Ariwa and Oduduwa land, of course, the answer is No.

“The question is, why do the Nigeria police and army find it easy and normal to open fire on unarmed civilian? “