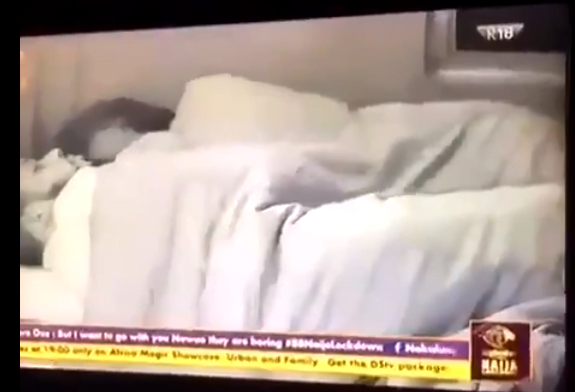 Big Brother Naija reality show housemates, Brighto and Wathoni have been caught on camera doing the unimaginable under a duvet.

In a video now viral on the social network, Brighto was seen twisting his right hand somewhere below Wathoni’s under part with his face up while she cuddles him.

Meanwhile, a couple has been caught on camera having sex at the front seat of a UK cinema, Naija News reports.