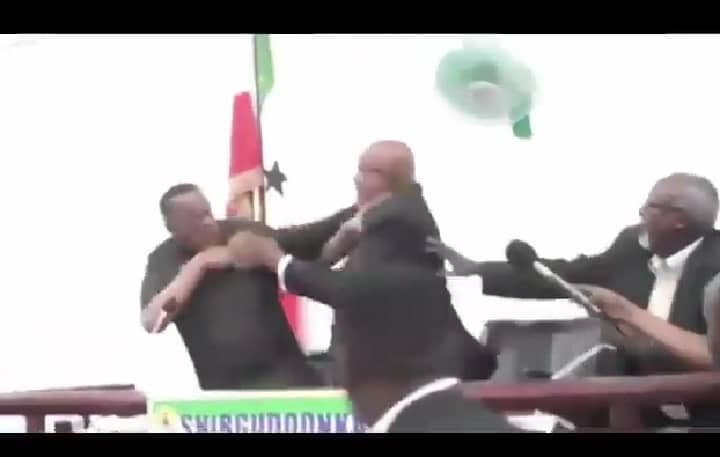 Naija News understands that Somali which broke away from Somalia has never had peace.

In the attached video which emerged online , both the President and his deputy were caught on camera exchanging blows during a live address after a disagreement.

As at the time this report was filed, the cause of the fight was not yet ascertained.