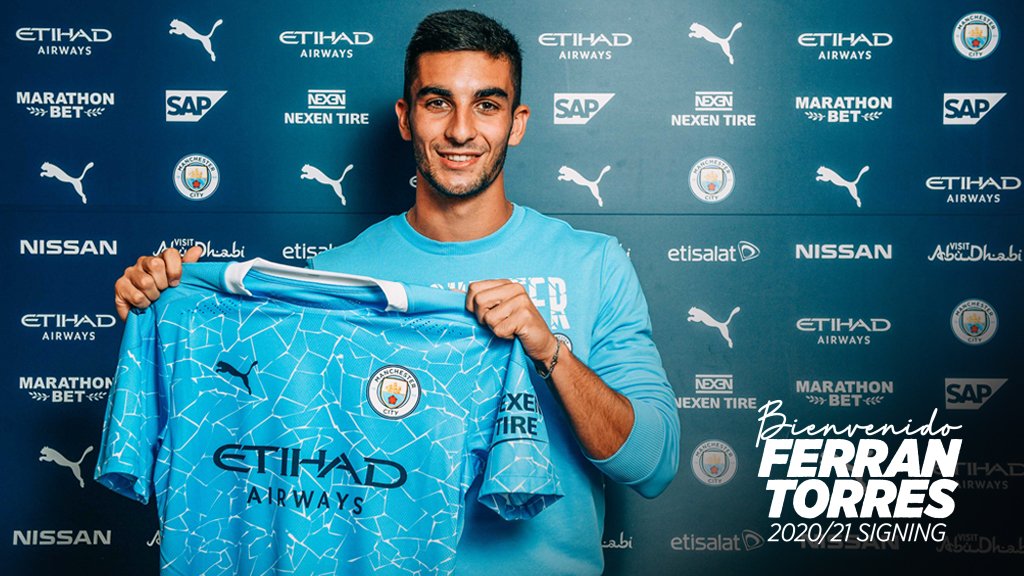 Manchester City has signed winger Ferran Torres from Valencia on a five-year deal.

The 20-year-old came through Valencia’s renowned academy and scored four times in 34 appearances last season as they finished ninth in La Liga.

He is considered one of Spain’s brightest young prospects but Valencia needed to sell some players to balance their books, even before the financial impact of coronavirus.
Speaking about his new club as he was revealed to the public on tuesday Torres stated that he was happy to join Manchester City

“I am so happy to be joining City. Every player wants to be involved in attacking teams and Manchester City are one of the most attacking in world football.

“Pep (Guardiola) encourages a really open, aggressive style, which I love, and he is a manager with a proven track record of improving players. To have him overseeing my development is a dream.

Here we go! We’re delighted to announce the signing of @FerranTorres20 from Valencia on a five-year deal ✍️