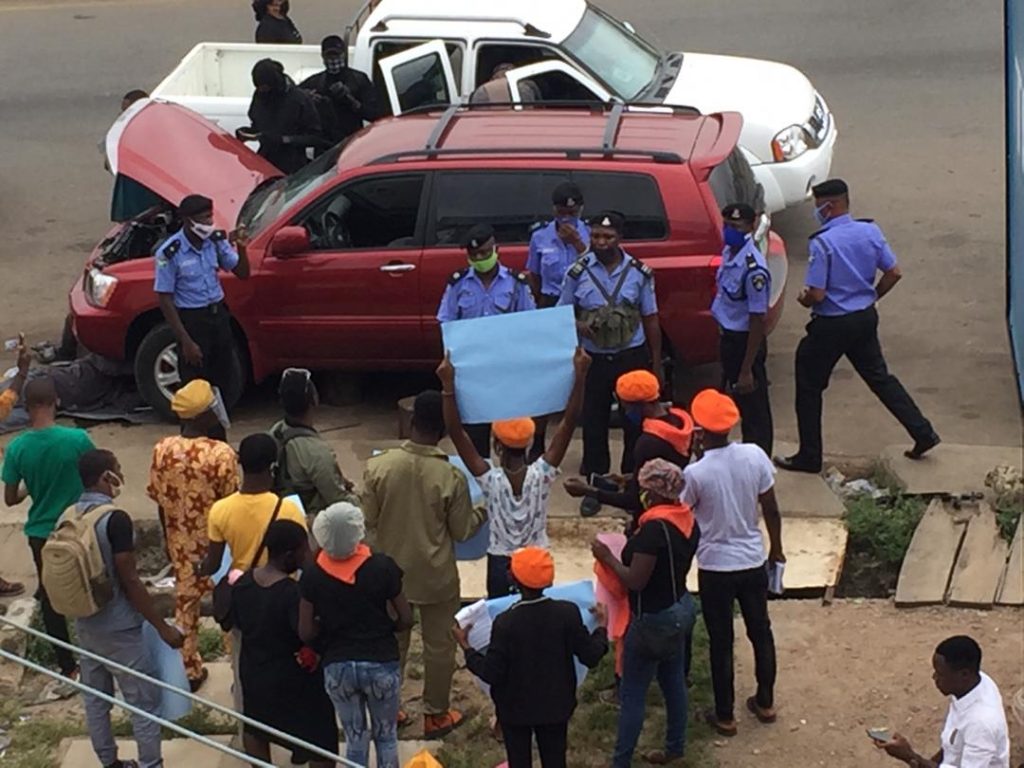 Reports reaching Naija News at this time confirmed that the operatives of the Department of State Services, DSS in Osogbo has rearrested Olawale Bakare.

This was coming after the co-convener of the RevolutionNow, took to the street of Osogbo, the capital city of Osun State with members of the group to stage a protest against poor governance, lack of infrastructure, extra-judicial activities, among others in the country.

Naija News understands that Bakare led the protest to the popular Olaiya junction in Osogbo on Wednesday, August 5.

According to reports, a yet to be identified member of the RevolutionNow while exchanging words with security agents at the scene of the protests was swindled by the DSS operatives. Bakare and the other two members of the group were also arrested, while others escape from the scene.

See some photos taken from the scene below; 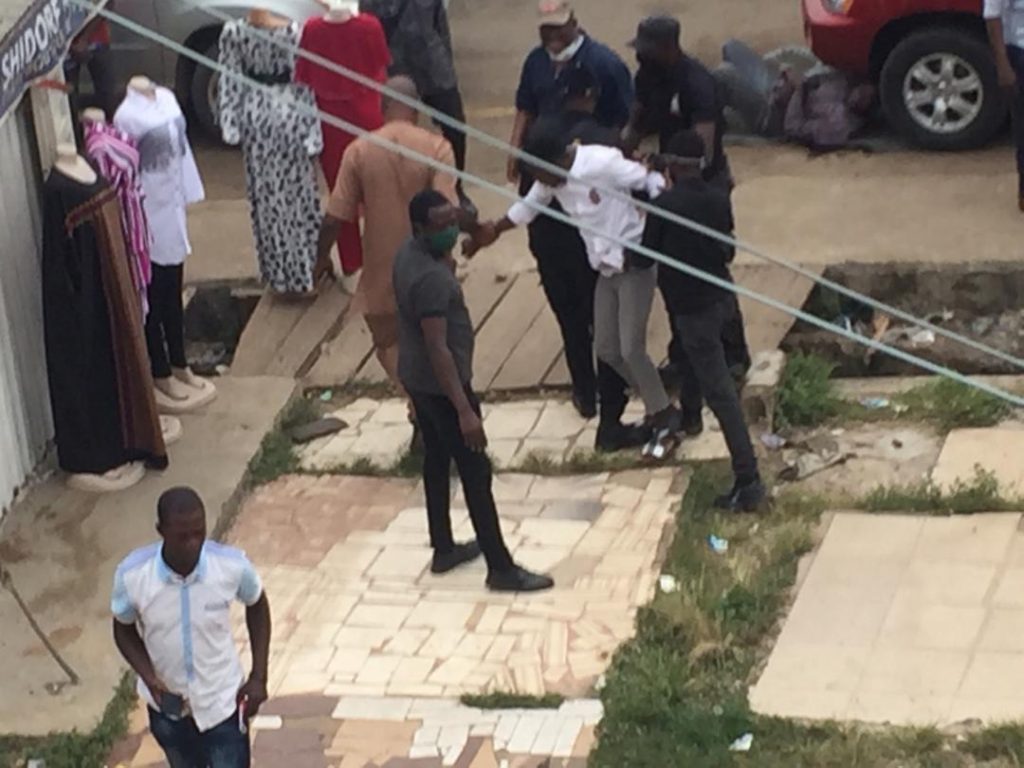 Naija News recalls that the publisher of the Sahara Reporters and former presidential candidate, Omoyele Sowore on August 4, 2019, staged a protest in Lagos, Abuja, Osun, and other parts of Nigeria to demand a revolution, a protest that led to his arrest and detention. The same goes for Bakare who was also arrested in Osogbo and arraigned.