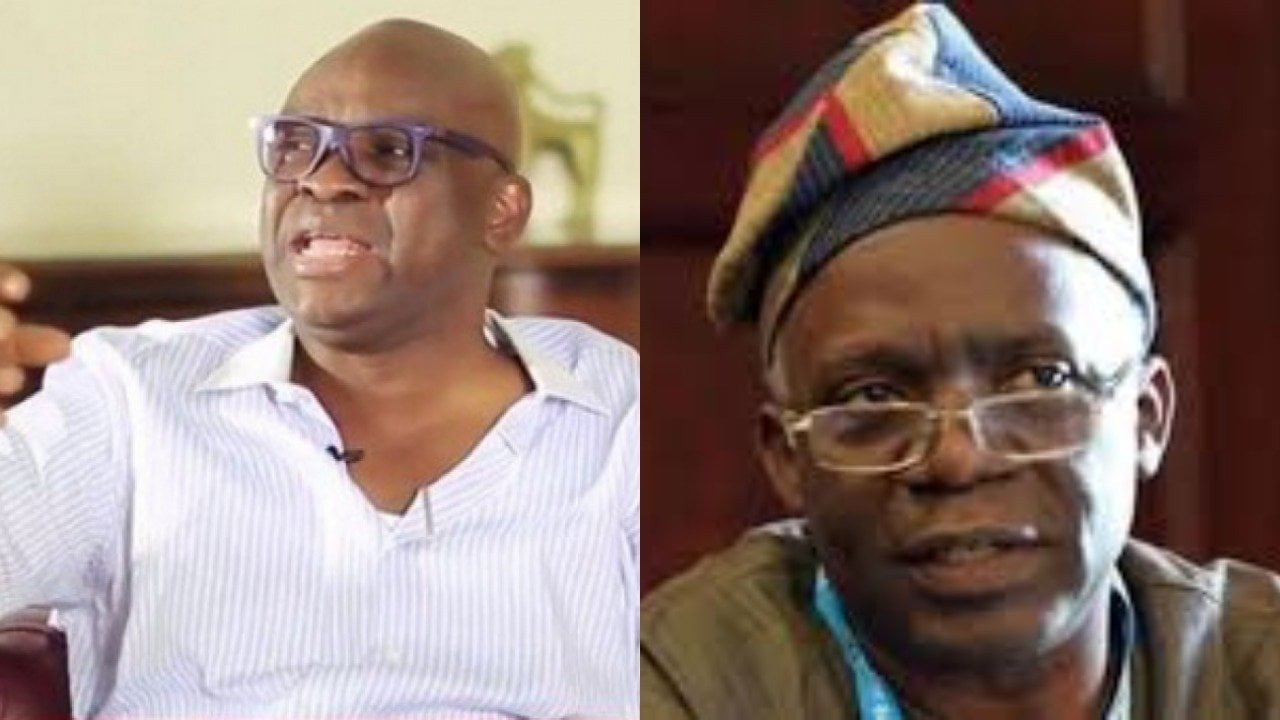 Ayodele Fayose, a former Ekiti State Governor, has asked human rights lawyer Femi Falana (SAN) to stop acting like he is a saint and untouchable.

Naija News reports that a report obtained by the News Agency of Nigeria (NAN) from the Presidential Investigation Committee on the EFCC Federal Government Recovered Assets and Finances from May 2015, to May 2020, had claimed that N28 million payment was traced to one Falana.

"The link to Magu was also established by the payment of N28 million to Falana who is a close associate and ally of the Acting Chairman," the report stated.

But reacting in a statement on Sunday by his lawyer, Adeyinka Olumide-Fusika (SAN), Falana denied receiving the said sum from Magu.

The activist also demanded a retraction, adding that the report was damning against his entire career as a lawyer.

In a post on his official Twitter page on Wednesday, Fayose asked Falana to clear his name by going to court instead of merely threatening to do so.

Fayose said, "If there is nothing to hide, why is Femi Falana threatening instead of simply going to court?

"Isn't this alleged link to Magu another opportunity for him to go to court and clear his name?

"Methinks his likes should stop carrying on as if they are saints and untouchables."