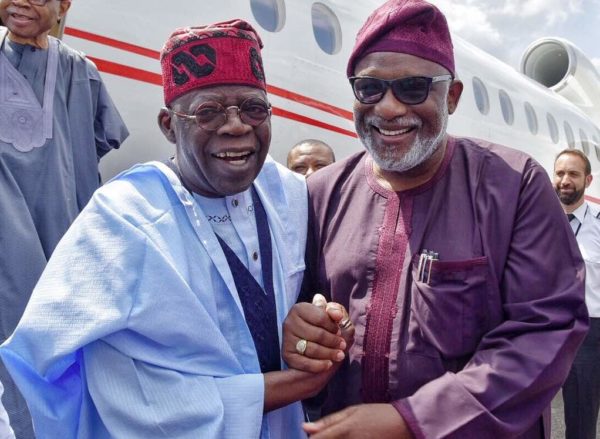 The National leader of the All Progressives Congress (APC), Asiwaju Bola Tinubu has declared that he has no special candidate for the Ondo Governorship election.

Tinubu also added that contrary to speculations in certain quarters, he is not trying to influence the outcome of the Ondo APC governorship primaries in favour of or against any aspirant.

Naija News reports that the primary election is scheduled for Monday, July 20, 2020 and the incumbent governor, Rotimi Akeredolu is seeking the party’s ticket to run for a second term in office.

However, Tinubu has stated that his only interest is in a free and fair primary election and the victory of the best candidate to fly the APC flag at the governorship election.

“In the matter of Ondo governorship race, Asiwaju Tinubu has stated his impartiality. As a leader of the party, he has no favoured or disfavoured candidate in the race. Neither is he trying to influence matters behind the scene in any regard.”

“His hope is that all credible and strong party members who seek the nomination will be able to face each other in a fair contest. Let them compete for the party’s banner openly and without imbalance or slant in the contest,” Tinubu’s statement noted.