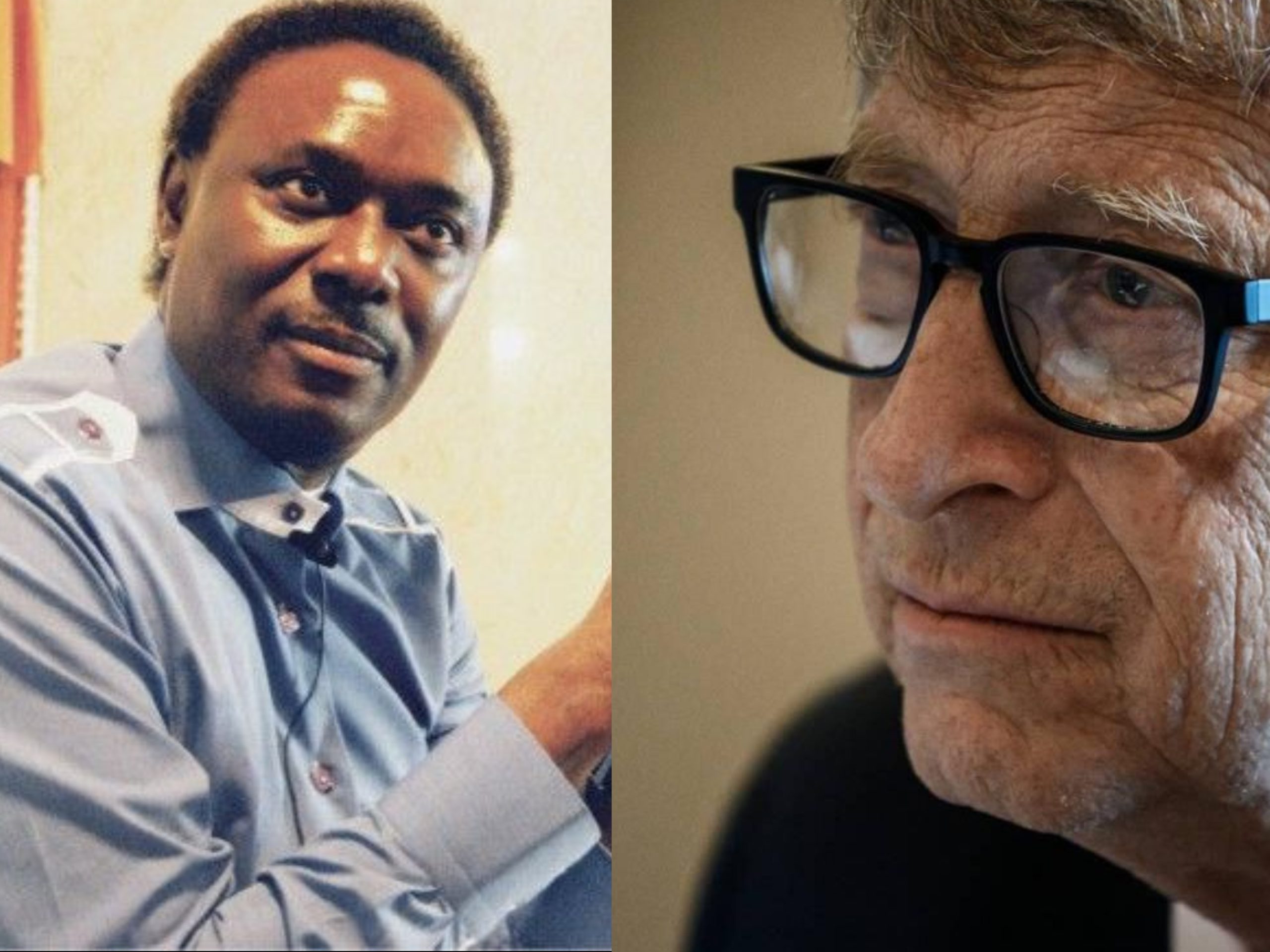 The founder of Microsoft, William Henry Gates III, better known as Bill Gates has again been accused of working for the devil, making preparation for the coming of the antichrist.

According to the Senior Pastor of the Household of God Church International Ministries, Reverend Chris Okotie, the American business magnate is advocating a global conspiracy to sabotage the world economy and successfully execute what he described as ‘satanic agenda’ against the Church.

The renowned clergyman alleged in an hour and 20 minutes video that the devil is using Gates and some people in high authorities to challenge the authority of the almighty God upon the face of the earth by leading the way for the 666.

“People have asked me if we’re dealing with the number 666; if this is about the antichrist. Is this about you taking that number and the eternal damnation that is the consequence of that?,” Okotie asked.

He revealed further, “No, We’re dealing with another number that is the precursor to the number 666. There’s a man who is the protagonist of this whole process that we’re seeing today. His name is Bill Gates.”

“The year 2020 was particularly chosen by Satan as the year when he would challenge the authority of the almighty God upon the face of the earth in preparation for the coming of the antichrist. How is he going to do it? First, he’s going to get a man who has the pattern and that man is Bill Gates. And then, there will be a conspiracy to bring in a pandemic, sickness,” the clergyman alleged.

Speaking on the debated COVID-19 vaccine which is said to be ready for large-scale trial, Okotie reiterated that the vaccine to disguise the intentions that could cause death on a large scale across nations of the world.

He further alleged that Gates is operating under the guise of the United Nations, UN, to ensure that in the nearest days, believers no longer meet to conduct services.

“We’re dealing with one of the most sinister conspiracies in human history. What we call an online church is untrue. To be a church, you have to be called out. Cyberchurches are totally unscriptural,” Okotie said.

Naija News recalls that the founder of Believers Love World, popularly known as Christ Embassy, Pastor Chris Oyakhilome, has alleged that with the outbreak of COVID-19, 5G network and the vaccine, the world will be able to connect the entire world with the mark of the beast.