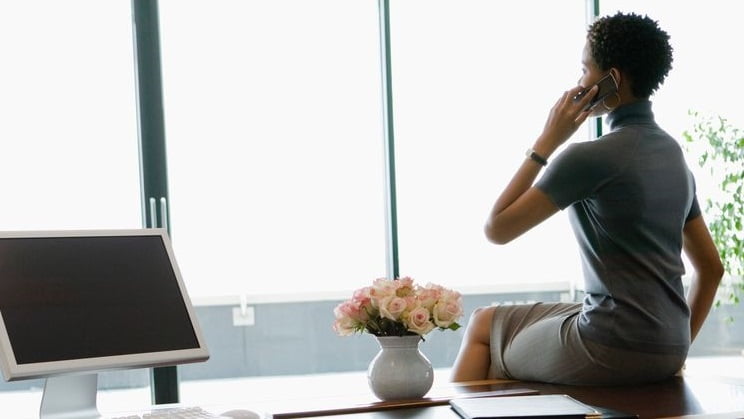 A Nigerian lady has shocked social media users after she called her guy’s wife on phone to insult her that she is not giving her husband good treatment on the bed.

The lady whose identity is yet to be known could be heard in the now-viral video shouting at the woman, lecturing her on how to make her husband get honey with her if she truly wants to see him far away from side chicks.

The lady yelled at the woman, told her to suck her husband’s ‘yansh’ (anus), dick and as well lick his sperm so that he can love her.

She boldly told the woman that her husband will soon call her and she will still fuck him. She blasts the lady, calling her broke woman for not able to use her airtime to reach her.

Again she laughed her saying she is not mature enough to marry, calling her small ‘pikin’ (little girl).

See below the dramatic video that got social media users agog.

Meanwhile, Naija News reported earlier that the Nigeria Security and Civil Defence Corps (NSCDC) has confirmed the arrest of a 27-year-old man identified as Ahmadu Yaro for raping a three-month-old baby.