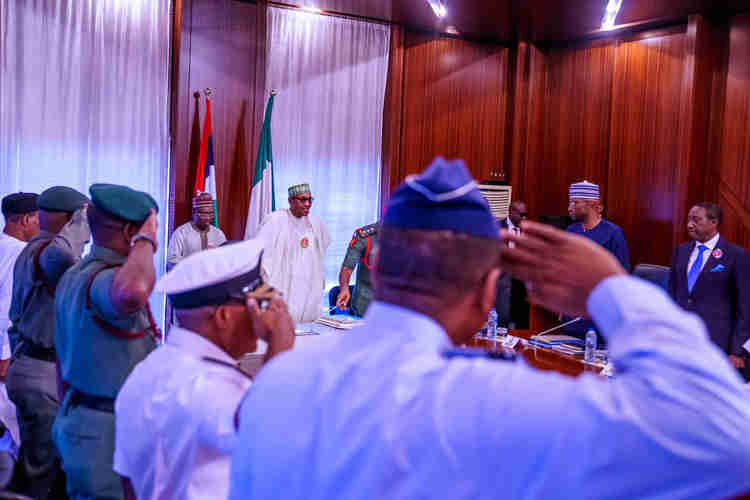 President Muhammadu Buhari is unhappy with the current state of the security situation in Nigeria and has berated the Service Chiefs over the development.

Monguno told State House Correspondents that President Buhari said though managers of the nation’s security had been doing their best, their best had not been good enough for the challenges facing the nation.

The National Security Adviser said the President declared that excuses will no longer be tolerated, even as he said he expects everyone to live up to expectations.

Speaking further, Monguno told State House Correspondents that the President also expressed displeasure over the lack of synergy amongst security forces and charged the various aspects of the security architecture to work together to solve the nation’s security challenges.

Mongunosaid President  Buhari urged the office of the NSA to meet with Governors of the Northwest states and that of Niger State, for briefing and strategic organisation of a response to the Banditry problem in their domains.