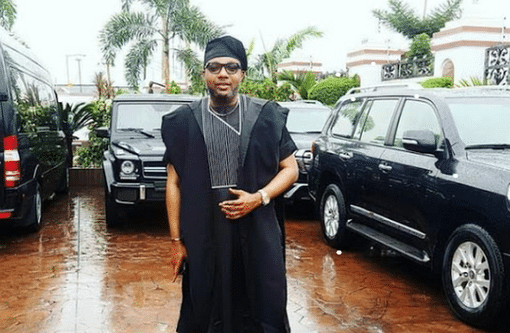 The Chairman, Five Star Group, Emeka Okonkwo aka E-Money has been dragged into messy water of alleged mismanagement of public personnel.

Naija News learnt that the billionaire, who is the brother to a popular musician, Kingsley Okonkwo aka K-Cee, was said to have drawn the ire of the police boss for using policemen like domestic servants.

It was gathered that Adamu directed the Lagos Police Command to commence an investigation into the young billionaire’s sources of income following allegations that he used his police escorts like domestic servants.

However,Naija News understands that Ibo born billionaire’s sources of wealth is from different streams of business such   as EMY cargo and shipping services Nigeria Ltd, Oilaand Gas  as well as the owner of the popular music label Five-star group.The record label was home to Harrysong, Skibii, among others.

Stupid Mumu, shameless
youths of Nigeria.
Una dey yarn nonsense say IG of Police don withdraw all the escort of E-Money.
Which one concern una
concern his Police withdrawal.
What has dat got to do with your f..king future in dis country?
Una no go Die senseless.
Godforbid ? pic.twitter.com/Oct3Po0fj1