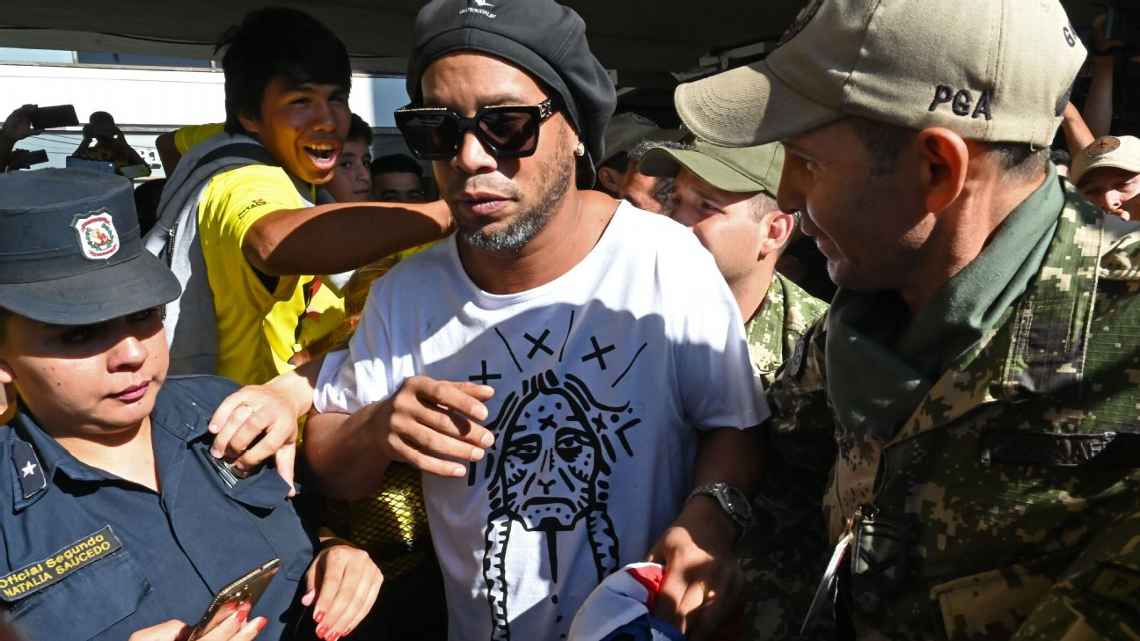 Paraguay continues to get hot on Brazilian football legend, Ronaldinho after fresh reports revealed that the footballer will be investigated for money laundering.

According to a report made available to newsmen on Tuesday, Ronaldinho who was arrested alongside his brother in Paraguay on the 6th of March 2020 for using a fake passport will again be investigated over a money-laundering scheme.

It was noted that Ronaldinho’s trip to Paraguay has to do with a deal with a businesswoman who invited him.

According to the report, Investigators are reviewing files and phone messages belonging to Brazilian legend and his brother, Roberto Assis.

Reporting the new charge against the duo, the lead prosecutor in the case, Osmar Legal said that he is investigating the connection between the two brothers and Dalia Lopez.

“Lopez, who is a businesswoman, arranged their visit and who met them on arrival at the airport in Asuncion before they were detained,” said Osmar.

He added, “She could be involved in a money-laundering scheme and that means we have to investigate all the other people that were related to that kind of crime, including Ronaldinho”.

“That is why we strictly maintain that he be kept in jail.

“Our principal hypothesis is that they produced false documents, that they used those documents [to enter Paraguay] and that they were eventually going to be used for some commercial means or investments that were not legal.”