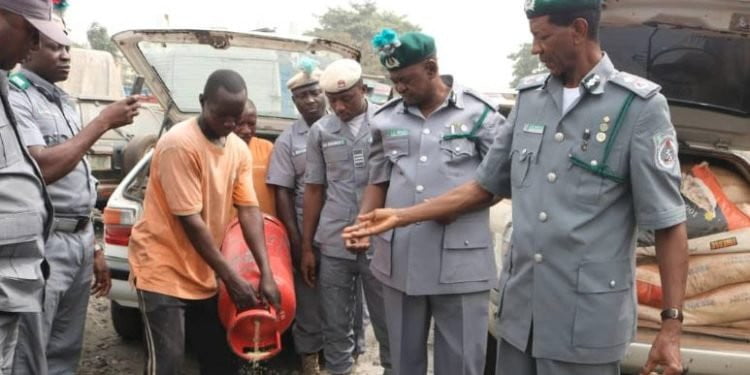 Not less than 1,393 bags of rice concealed in gas cylinders within Ogun State, has been seized by operatives of the Nigeria Customs Service (NCS).

The items conveyed in 12 different vehicles, had a cumulative duty paid value (DPV) of N40.14 million.

The service, while parading the smugglers yesterday added that 625 cartons of frozen chicken, 187 jars and 66 drums of vegetable oil were also seized when the suspects were arrested between 5th and 17th February 2020.

The service made this known through the Acting Controller of the Federal Operations Unit (FOU), Zone A in Ikeja, Usman Yahaya

Yahaya said; “Barely two weeks after the Comptroller-General of Customs’ working visit to Lagos where he showcased various seizures made by FOU A worth over N10 billion, we have again intercepted 1,393 bags of smuggled foreign parboiled rice, 187 jerrycans/66 drums of foreign vegetable oil and 625 cartons of poultry products from unapproved routes within Ogun State between 5th -17th February 2020 based on surveillance and routine patrol.

“This desperate act by these dare-devil smugglers concealing edible items in a gas cylinder further justifies the hard chase by operatives of Customs. DPV of each type of seized items include rice, N27.86 million; vegetable oil, N6.28 million, and frozen poultry N6 million.”

He further called on members of the public to join them in the fight against smuggling activities by providing intelligence that could assist the unit achieve more monumental seizures. 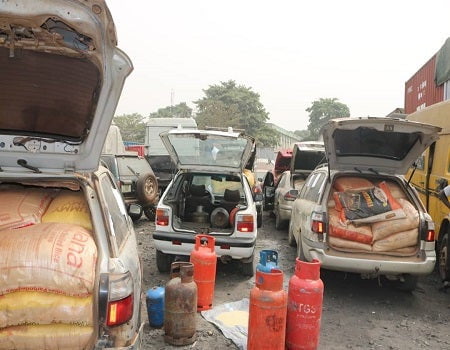 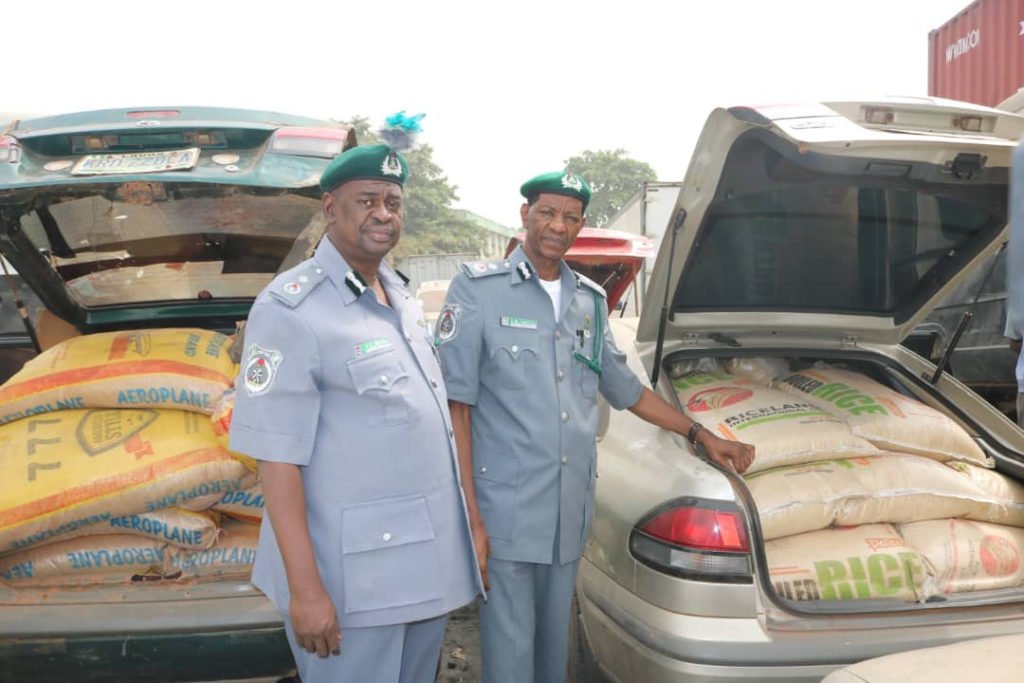