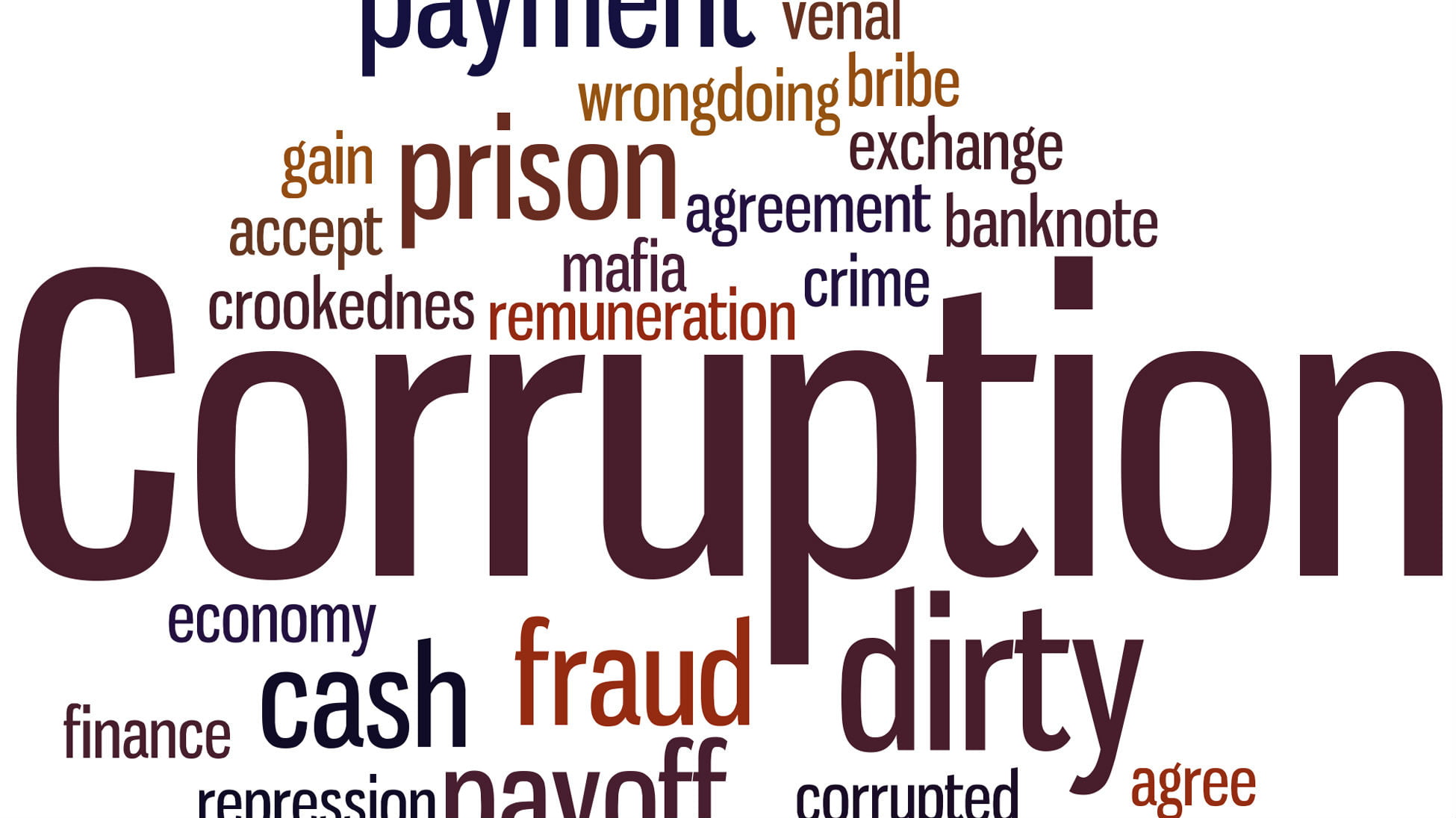 A new report by U.S. News which is based on a survey of more than 20,000 global citizens has released its corruption perception index of countries.

The research survey examined 73 countries to come out with the result of its corruption perception.

In the survey, respondents answered how closely they related each of the countries to the term “corrupt,” the exact meaning of which was left to their own interpretation. The attribute is factored into the Best Countries rankings for transparency, as well as the best countries to invest in and headquarter a corporation.

According to the report obtained by Naija News from a publication on the organization’s website, Columbia is identified as the most corrupt country in the World.

Closely following in the second position is Mexico, a country notorious for its dangerous drug cartels.

Ghana and Kenya represent Africa on the list while Myanmar, Guatemala, Saudia Arabia, Brazil, Russia, and Bolivia also made the top 10. 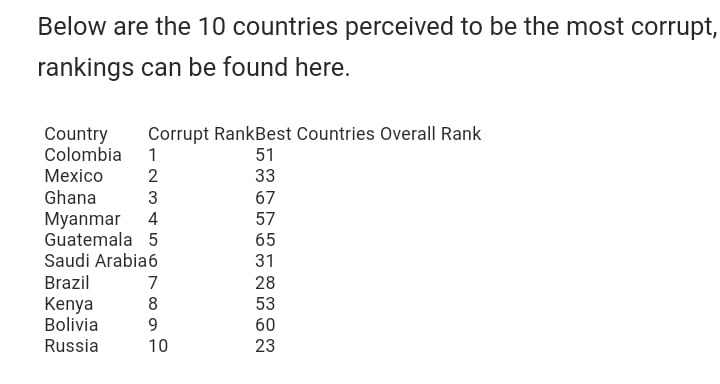 Transparency International, the nongovernmental organization based in Germany, defines corruption as the misuse of public power for private benefit.