The Independent National Electoral Commission (INEC) has fixed Saturday, November 30, for the conduct of the Kogi West supplementary rerun election.

Naija News reports that the electoral umpire fixed the date for the election in a statement issued on Thursday evening in Abuja by Festus Okoye, the National Commissioner and Chairman of the Commission’s Information and Voter Education Committee.

INEC called on political parties and stakeholders to cooperate with the Commission for free and credible elections in the affected areas.

“We enjoin all the the political parties and  stakeholders to cooperate with the Commission for conclusive free and credible elections in the affected areas,” the statement added. 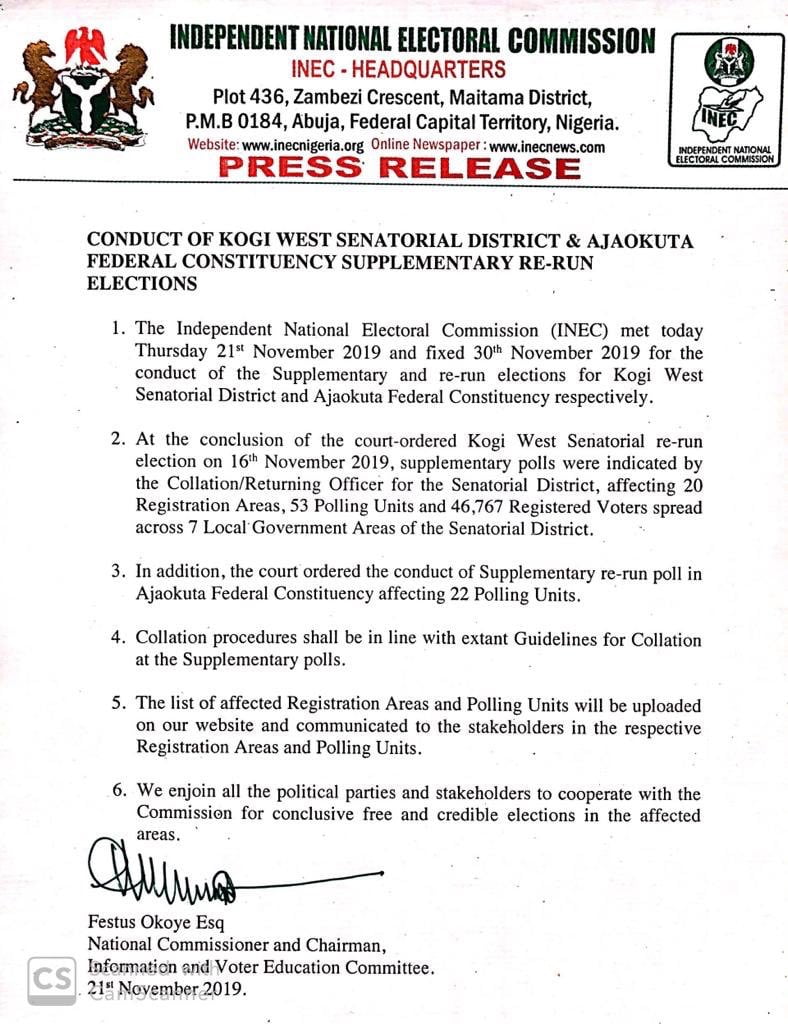 Meanwhile, Senator Dino Melaye of the opposition Peoples Democratic Party (PDP), is hoping to retain his seat at the Nigerian Senate representing Kogi West although Smart Adeyemi of the ruling All Progressives Congress (APC), led after the collation of the results recorded during the Saturday rerun poll in the Senatorial district.