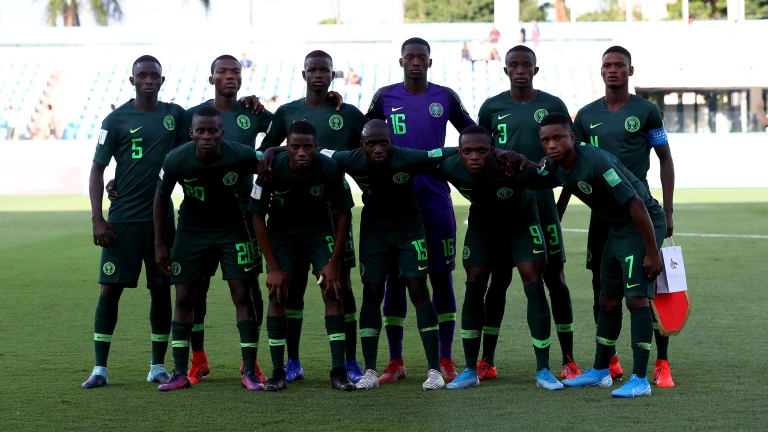 Almost all the impact players for the Golden Eaglets in Saturday night’s 4-2 defeat of Hungary in the opening match of the 2019 FIFA U-17 World Cup tournament in Brazil are products of the annual Zenith Bank/NFF Future Eagles Championships, including the goal scorers.

The competition, sponsored by NFF’s partner, Zenith Bank Plc, was launched in 2016 and has been widely lauded for its vision, with both U-13 and U-15 competitions running side-by-side right from the states to the zones and then to the national finals.

Samson Tijani, captain of the team and playmaker, who netted two goals (Nigeria’s first and last goals), and was named Man Of The Match, is a product of the competition, as well as defender Usman Ibrahim, whose powerful header off a corner kick restored parity after several attempts by Nigeria had been foiled.

Right-back Oluwatimilehin Adeniyi, whose powerful header off a cross by another substitute Ibraheem Jabaar put Nigeria ahead for the first time in the game (3-2), also emerged from the Zenith Bank/NFF Future Eagles competition. He was severely injured before the Africa U-17 Cup of Nations in Tanzania in April, and could not make the trip.

Also of note is Akinkunmi Ayobami Amoo, whose entry into the game in the second half brought more vigour into the Nigerian attack. Amoo is a product of the Zenith Bank/NFF Future Eagles Championship, alongside forward Olakunle Olusegun, who also fought like a Trojan in Saturday’s encounter.

Another player who is a product of the Future Eagles Championship and is with the Eaglets in Brazil is Divine Nwachukwu, but he did not taste action against the Hungarians.

The Zenith Bank/NFF Future Eagles Championship also supplies the players to the U-15 National Boys’ team, which finished as runner-up at a tournament in Japan few months ago. In fact, Usman Ibrahim, who netted the equalizer against Hungary before further goals by Adeniyi and Tijani, was in the squad that went to Japan.

Nigeria, five-time champions of the FIFA U-17 World Cup take on Ecuador, host of the 1995 edition, in their next match of the tournament on Thursday, also at the Estadio Olimpico in Goiania where they put Hungary to the sword. Their final match of Group B, against Australia, will take them to Brasilia, on Friday.