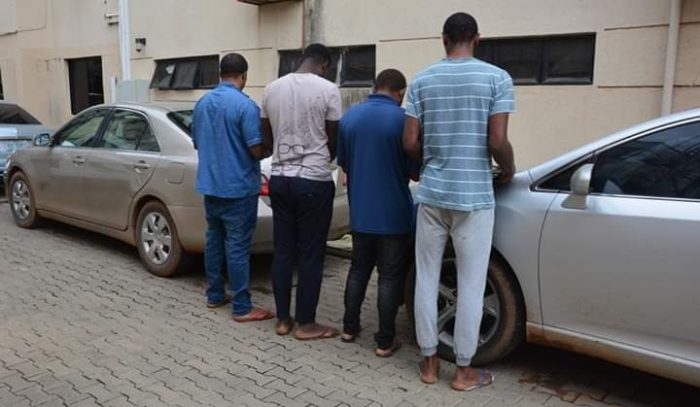 Naija News reports that the arrest of the suspects was made by the Cyber Crime Section of the EFCC, the Abuja zonal office.

The arrest of the suspects was achieved during a sting operation recently at House 34 and 35, 31Road Efab Estate Lokogoma, Abuja.

This online news platform gathered that the arrest followed intelligence reports received by the Commission about their alleged involvement in the criminal activity in their residents.

Items recovered from the suspects at the point of arrest include mobile phones, laptops and 2 cars.

The commission is, however, expected to charge the suspects to court but upon completion of investigation.