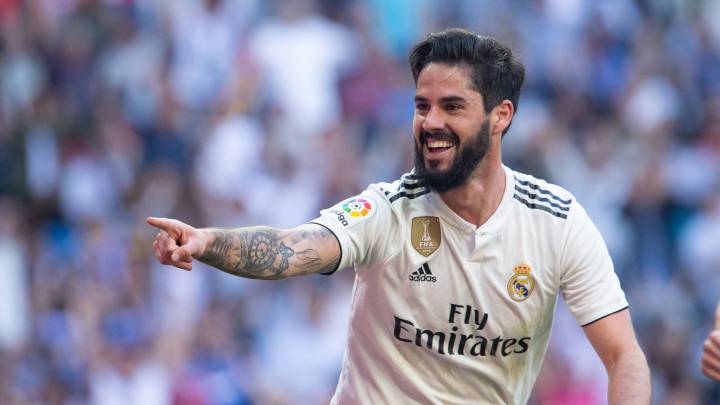 Real Madrid player, Isco has revealed that he will be leaving the club during January transfer window due to lack of playing time under Zinedine Zidane.

Isco, who joined Real Madrid in 2013 from Malaga, has started only one La Liga game for the Los Blancos this season.

According to Calsio Mercato, the 27-year-old will make a move away from the club if he fails to have more playing time next year.

The newspaper reports that Isco wants more playing time in order to be included in his country’s squad for the Euro 2020.

Isco has so far scored 35 goals in 187 appearances for Real Madrid. The Spain international has also drawn interest from Arsenal in the past few months.

The hungry midfielder will hope to start for his side when they take on Mallorca in the La Liga on October 19.