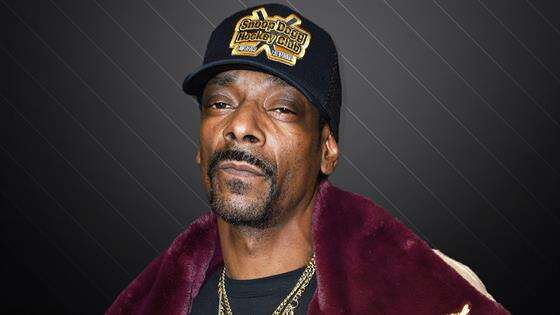 The hip hop icon shared the screen with the 49-year-old actor on ‘The Beach Bum’ earlier this year, and he admitted he decided to trick his co-star when he realised he was smoking a prop on the set of the stoner comedy.
Speaking on SiriusXM’s ‘The Howard Stern Show’, he said: “I f***ed him up. We shot a movie together, and he had this fake ass Hollywood weed.

“So me and him, the first day on the scene, I’m smokin’ some real weed, he’s like ‘Make sure that ain’t real weed’. About 10 minutes later, this motherf****r started rapping his lines.”

Snoop appeared on the show alongside Seth Rogen, and he revealed the ‘Long Shot’ star is one of his favourite people to smoke with because of how “creative” he is with his joints.

Asked if there are people he doesn’t like smoking with, he explained: “Yeah, because [some people] talk too motherf***in’ much… Seth enjoys the moments, he’s creative – this motherf****r knows how to make a joint that looks like a cross.”

Last year, Snoop revealed plans to launch his own cook book after striking up an unlikely friendship with his ‘Martha and Snoop’s Potluck Dinner Party’ co-host Martha Stewart.

He said at the time: “She taught me how to be a real Iron Chef in the kitchen! She’s very particular with how you set up the food on the plate, like, I’ll usually just rush through it, but she’s teaching me how to be more calculated, like a real professional. I’m in the process.”

Snoop loves the bond he has with the businesswoman and has branded it very “special”.
He added: “Our relationship is so special. People would have never thought that we could have a relationship or have a friendship, but that’s what’s wrong with people: stop judging the book by its cover. A lot of people need to understand and learn.”