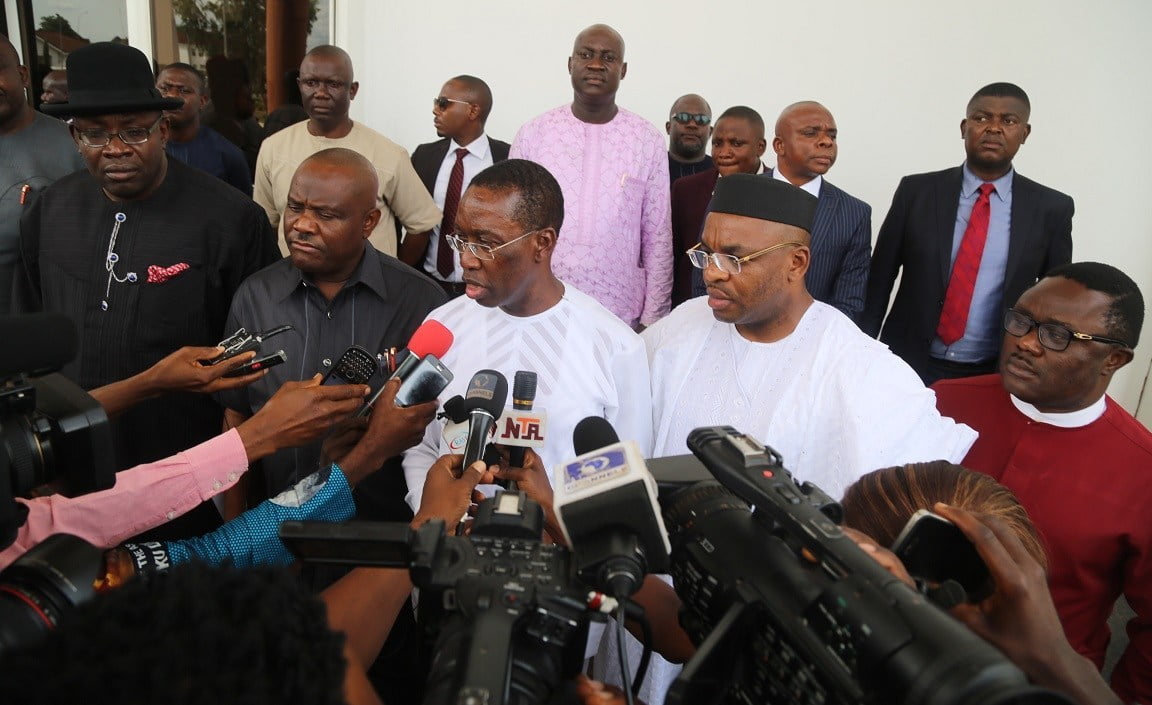 South-South Governors have spoken out their mind on the caliber of people nominated into the board of the Niger Delta Development Commission (NDDC) by President Muhammadu Buhari.

Speaking on the verdict, the Governors said they have rejected President Muhammadu Buhari’s nominees into the board of the Niger Delta Development Commission (NDDC).

According to them, the way and manner the appointments were made, saying it does not reflect effecting governance mechanism.

Bayelsa State Governor Seriake Dickson said the aggrieved governors would seek an audience with President Buhari to address the imbalance.

According to Dickson, their concerns arose from protests being staged by people and stakeholders across the nine member states of the NDDC.

The governors, however, urged calm and restraint in the states, promising to ensure that the grievances of were addressed.

“We will meet with President Muhammadu Buhari to discuss the issues,” however, adding that the governors would not discuss the specifics until they meet with the President.

Other governors who attended the meeting were Rotimi Akeredolu (Ondo); Godwin Obaseki (Edo); Udom Emmanuel (Akwa Ibom); and representatives of two other states.

Naija News Recalls that the six niger-delta states governors agreed to meet on the names included into the board of the  Commission.