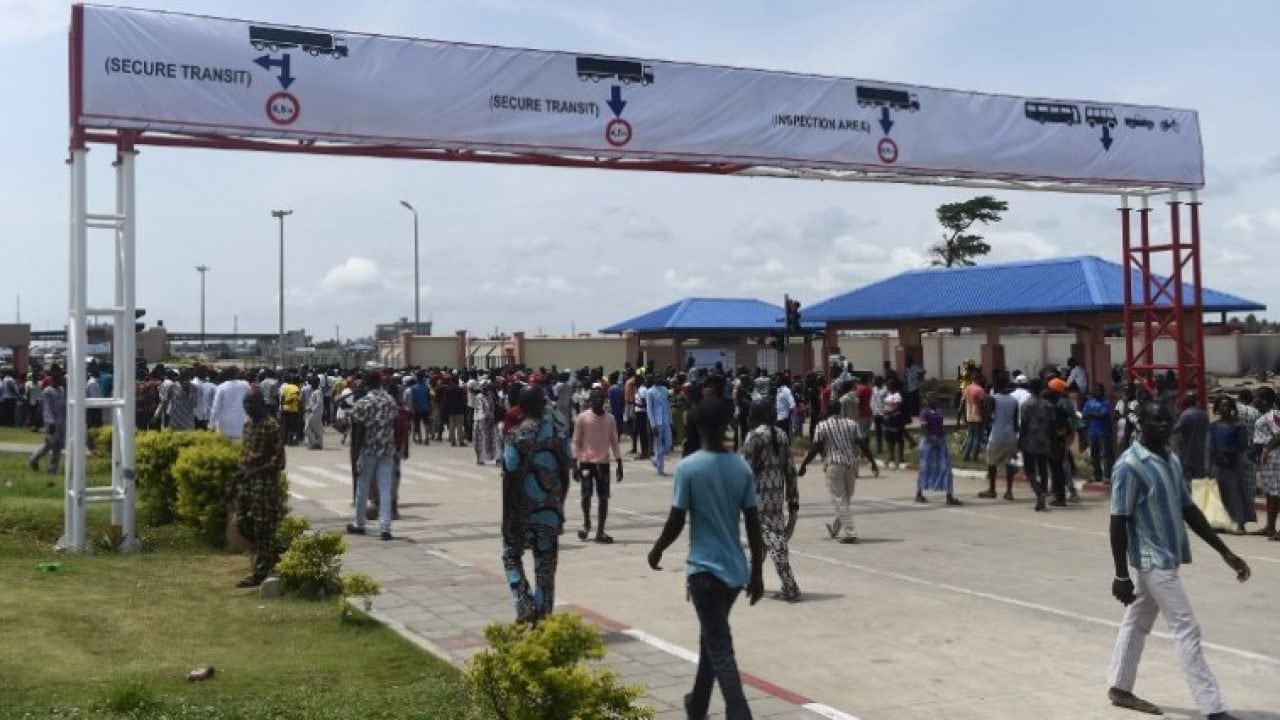 Hundreds of travellers were stranded on Tuesday and Wednesday, following the closure of Seme border in Lagos, Naija News understands.

Nigerians have taken to Twitter to lament the unannounced closure of the Seme border in Lagos which links Nigeria with some neighbouring West African countries.

Some Nigerians and traders from the Benin Republic who had come to Nigeria also got stranded at the border.

“I have been at Seme border for over 7 hours and no official communication about the closure keeping us here,” Onos, a Twitter user wrote.

The user added that “soldiers with guns are manning the border. No going out, no coming in. The only information we have is that it’s a federal instruction.”

Some travellers said they had to pass through illegal routes using commercial motorcycles.

When the spokesman of the Nigeria Customs Service, Joseph Attah was contacted, he said they had issued an alert to inform the public of the closure in order to conduct a border security exercise.

“As part of measures to secure Nigeria’s land and maritime borders, the Nigeria Customs Service (NCS) and the Nigerian Immigration Service (NIS), in collaboration with the Armed Forces of Nigeria (AFN) as well as the Nigeria Police Force (NPF) and other security and intelligence agencies will be conducting a joint border security exercise, codenamed ‘EX-SWIFT RESPONSE’,” a statement issued by Attah read.

“The joint exercise is being coordinated by the Office of the National Security Adviser (ONSA) and will take place in 4 geopolitical zones, namely; South-South, South-West, North-Central and North-West.

“It is expected that the exercise will promote inter-agency cooperation and increase preparedness to address trans-border security challenges such as terrorism, armed banditry, smuggling, proliferation of small arms and light weapons, amongst others.

“The exercise will also involve the movement of personnel, vehicles and equipment within the affected parts of the country. Therefore, we call on members of the public not to panic and should continue to engage in their normal duties. The overall objective is to ensure a peaceful and secured country in the interest of our National Security.”

Attah did not provide answer to the question asked on how long the exercise would take.