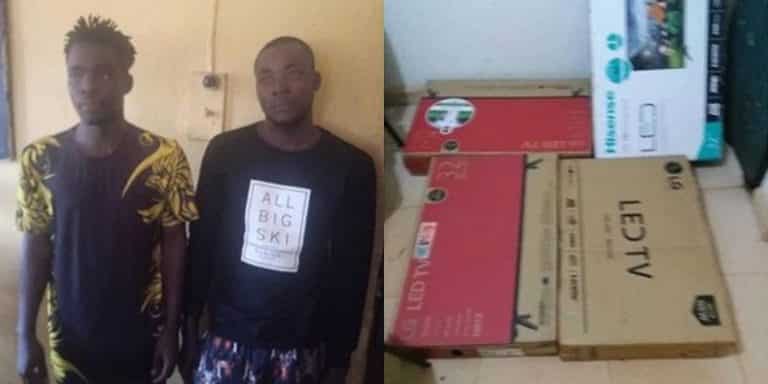 Naija News understands that the duo was arrested after an intelligent report by men of the state Police command.

Naija News understands that they had gone to the shop of one Godwin Chukwu of No. 59 Zik Avenue, Awka on July 31st to buy television sets and presented a fake alert to the trader.

They fraudulently generated and sent fake SMS alert for the payment of N200,000 to his phone and he released two 43 inch Television sets oblivious of their fraudulent act.

It was reported that the suspects went to the same shop the next day, did the same thing and collected 4 Television sets and other accessories all valued at N230,000.

The police spokesperson while reacting, says the four 32 inches Television sets earlier collected under false pretence from Chukwu were recovered from Rabiu Idris.