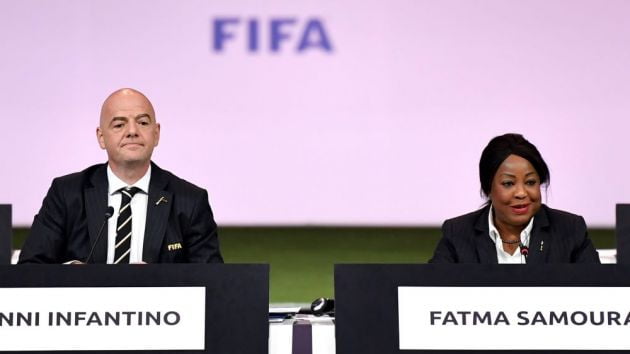 Naija News understands that the CAF executive committee took a stunning decision to cede control of the running of the organisation and have FIFA general secretary, Fatma Samoura parachuted in as “FIFA High Commissioner for Africa”, according to sources.

Ahmad, who is the subject of an ethics investigation by FIFA after allegations of corruption and sexual misconduct, proposed the idea in a document shared with colleagues on the executive committee, the sources said.

Samoura, from Senegal, will take charge for six months from 1 August, with the relationship “renewable with the agreement of both organisations”.

“It was also agreed that Fifa and Caf will undertake as soon as possible a full forensic audit of Caf,” the statement added.

Samoura, 56, will remain secretary general of Fifa but will delegate various functions to others.

Fifa called the move an “exceptional and temporary measure” as it outlined the precise role the former United Nations official will take.

While Fifa is used to appointing so-called ‘Normalisation Committees’ to run member associations that require help, it is unusual for it to assist a confederation in similar difficulties.

Caf President Ahmad Ahmad has been under scrutiny recently on several fronts, which include being questioned by French authorities in Paris in early June before being released without charge.