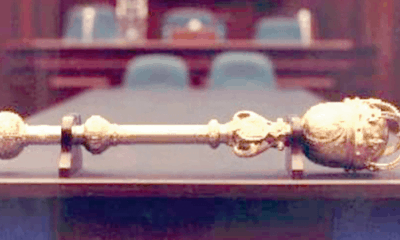 Members of the Zamfara State House of Assembly have taken after their colleagues in Kwara state as they, yesterday elected 31-year-old Nasiru Magarya from the Zurmi Local Government Area as their Speaker.

Naija News recalls that the Kwara State House of Assembly had elected a 34-year old Yakubu Danladi as its speaker.

The Zamfara State Governor, Bello Mutawalle; his deputy, Mahdi Gusau; the Chairman of the state chapter of the Peoples Democratic Party, Alhaji Ibrahim Mallaha and a former deputy Governor of the state, Ibrahim Wakkala, among others, attended the session held at the chamber of the state House of Assembly.

All the 23 members elected on the platform of the PDP and one member of the National Rescue Movement endorsed their leaders.